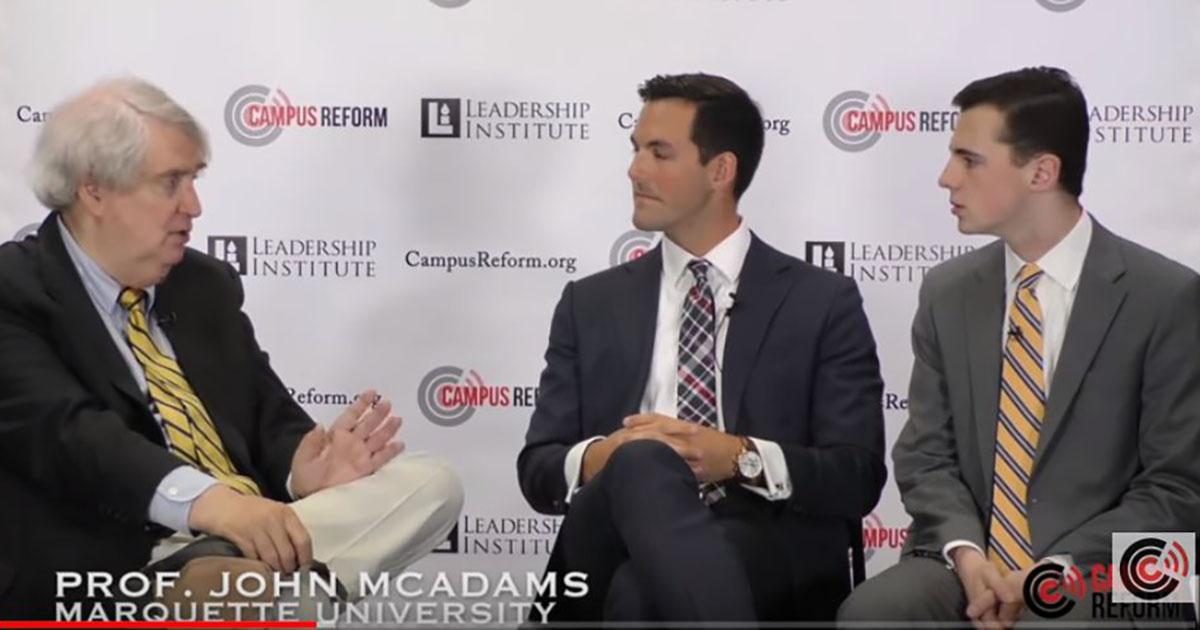 Professor John McAdams is at the forefront of the battle over free expression on college campuses, having been suspended by Marquette University for a post on his personal blog.

McAdams remains on indefinite suspension because he has refused to make a public acknowledgment of “guilt” for writing a blog post criticizing another instructor for telling students not to dispute the propriety of gay marriage in class because it would be “homophobic” to express opposition to the concept.

McAdams has challenged the suspension, and the case is currently being heard by the Wisconsin Supreme Court.

In an exclusive interview with Campus Reform, McAdams argued that the root of the liberal problem on college campuses is the willingness of university officials to cater to left-leaning professors.

“Ultimately, it goes back to the faculty,” he said, asserting that if professors would “stand up for free expression,” schools would not have as many issues.

“University administrations feel obligated to pander to leftists,” which creates an environment where “conservative faculty are intimidated and don’t want to speak out,” McAdams claimed.

When asked why the political environment on college campuses has deteriorated, McAdams theorized that the rise of politically correct, left-leaning professors is a delayed, but direct, result of the “intolerance of the 1960’s.”

McAdams argued that many of those who participated in the liberal protests of the ‘60s eventually went into academia themselves and began to indoctrinate their students into liberal ideologies, creating a cycle of indoctrination that has resulted in the current campus climate of politically correct intolerance.

According to McAdams, “people should vote with their feet” and make an effort to look into the type of colleges that share their values.