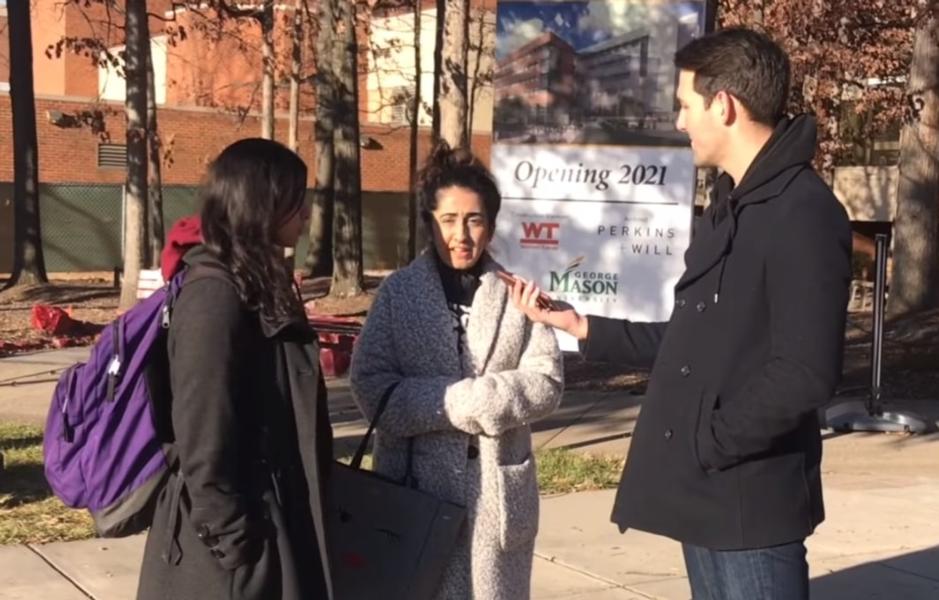 This month, several radio stations around the country pulled the popular Christmas song "Baby It’s Cold Outside" from their airwaves amidst concerns about the potential for it being perceived as offensive.

Citing lyrics like “say, what’s in this drink?” and “you’re very pushy, you know?” some have said the song's “misogynist message” is inappropriate in today’s #MeToo era. Wanting to know what college students thought of the song, Campus Reform's Cabot Phillips headed to George Mason University in Fairfax, Virginia with a simple question: Is ‘Baby It’s Cold Outside’ too offensive for today’s culture?

“It’s a totally different time now. Some of the lyrics are very suggestive… it’s unacceptable.”

The results were mixed.

Some students said the song needs to be removed from campus at the least, saying “it’s a totally different time now. Some of the lyrics are very suggestive… it’s unacceptable.”

Others echoed that sentiment, saying “we need to change the lyrics,” or “I think it should be removed.”

Still, others saw the attack on the song as a step too far, with one student blaming the PC police. “I think it’s too PC [politically correct], people are making a big deal out of a song.”

Another student agreed, saying, “originally where it started from, it did not have that intent in mind. If you really want to take offense to anything you can go out of your way to find something offensive.”

What did other students have to say? Watch the full video to find out: