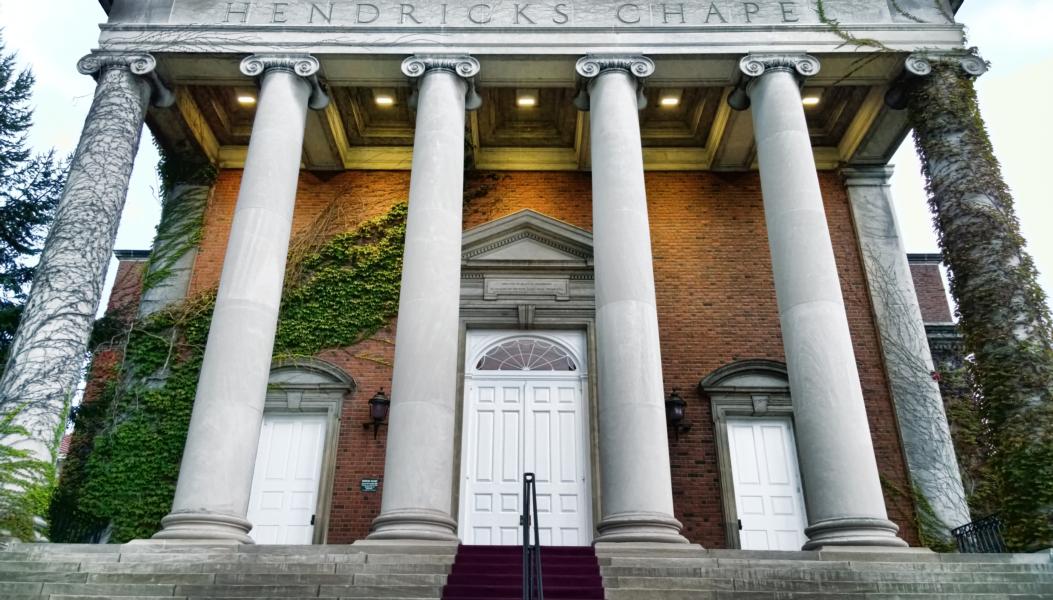 A New York county Supreme Court upheld Syracuse University’s suspension of 16 fraternity students who were suspended in 2018 after a video surfaced of the students taking part in a skit, which Syracuse Chancellor Kent Syverud characterized as “extremely racist, anti-Semitic, homophobic, sexist, and hostile to people with disabilities."

As Campus Reform  reported at the time, the 16 fraternity members were suspended for up to two years for the stunt.

“When courts refuse to hold colleges to the promises they make to their students, it allows the schools to disregard students’ rights with impunity."

“I solemnly swear to always have hatred in my heart for n*ggers, sp*cs and most importantly the f*ckin’ k*kes,” a student says at one point in the filmed skit, The Daily Orange  reported.

In order to be readmitted into Syracuse, each suspended student will have to write a 12-page paper on being “a member of a diverse community,” read three books focusing on inclusion or bystander intervention, and write a personal statement in which they pledge to “contribute to building a positive community,” according to the hearing results released by the free speech nonprofit Foundation for Individual Rights in Education (FIRE). Ten of the 16 students sued Syracuse University over their suspensions.

Earlier this month, James McClusky, a Jefferson County, New York Supreme Court judge, acknowledged that the fraternity students’ speech does fall within Syracuse’s protections for free speech but still upheld the students' original punishment, according to FIRE. While the judge upheld most of the punishment, he tossed out the harassment charge placed on the students by the university, stating that the harassment policy “clearly exempts protected free speech.”

The judge upheld the students’ Section 2 Code of Conduct violation, which prohibits “harassment, whether physical, verbal or electronic, oral, written or video, which is beyond the bounds of protected free speech, directed at a specific individual(s), easily construed as ‘fighting words,’ and likely to cause an immediate breach of the peace.”

McClusky ruled that Syracuse “complied with [its] procedures” in suspending the 10 students who filed the lawsuit.

Zach Greenberg, program officer at FIRE, told Campus Reform that he disagrees with the judge’s assessment here, stating that since the Code of Conduct clearly protected free speech, the judge's ruling should have been different.

“Generally, courts have held that the explicit, written policies private colleges advertise to their students constitute binding legal contracts between the matriculated student and the school,” Greenberg said. “When courts refuse to hold colleges to the promises they make to their students, it allows the schools to disregard students’ rights with impunity. It also makes university commitments to uphold respect free expression essentially worthless.”

Typically, private institutions are not bound to the First Amendment. However, Greenberg notes that Syracuse has policies that protect free speech, and should stand by those promises to students.

“The school claims that it ‘is committed to the principle that freedom of discussion is essential to the search for truth and, consequently, welcomes and encourages the expression of dissent,’” Greenberg said. “FIRE believes when private schools like Syracuse University make such laudable promises to respect student free speech, it should be stand by this commitment by refusing to punish students for expression protected under First Amendment standards.”

In a statement to Syracuse.com, Syracuse University spokeswoman Sarah Scalese said, “this decision reaffirms the University’s position that it took proper action to defend the standards of conduct we expect on our campus. We remain steadfast in our commitment to protect the well-being of the campus community and to foster a respectful, inclusive and safe learning environment.”

Two other lawsuits related to the Theta Tau incident still remain open, according to The Daily Orange. In a separate Jefferson County suit, the chapter is asking that the court reverses the fraternity’s expulsion from campus, and in federal court, suspended students are asking for $1 million each.