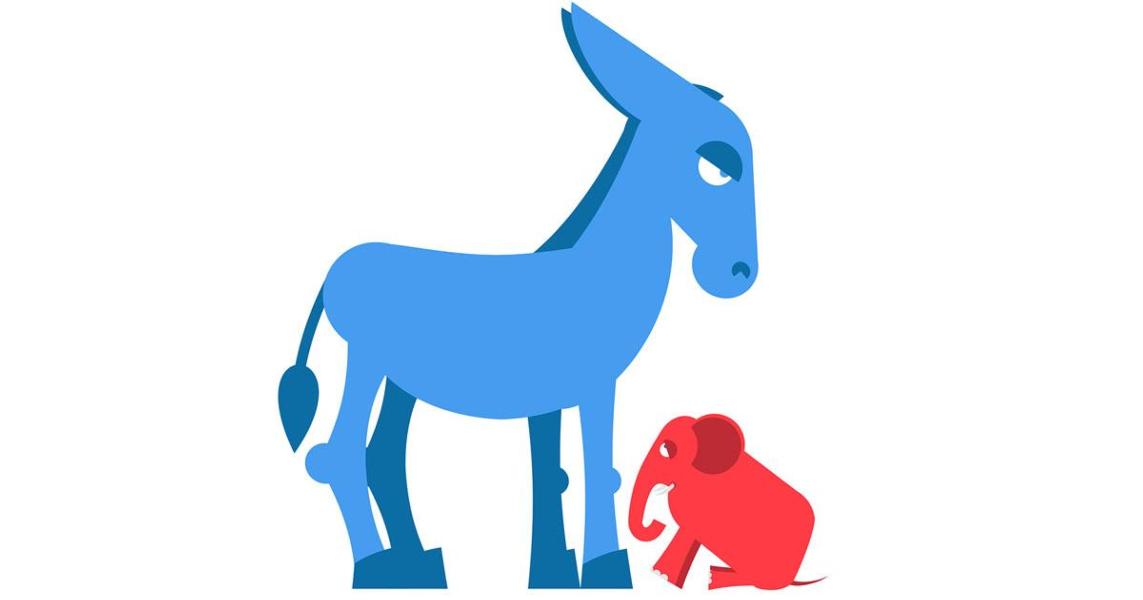 A senior fellow at a conservative, Washington, D.C.-based think tank says he has a solution to the free speech crisis on college campuses.

Stanley Kurtz, a senior fellow at the Ethics and Public Policy Center, outlined a legislative proposal called The Campus Intellectual Diversity Act in a recent piece for The National Review.

Tenure "only works if you...don’t try to punish [people] because their political views don't agree with yours"

The legislation is centered around the creation of what Kurtz calls an “Office of Public Policy Events,” which would have two distinct functions.

“First,” Kurtz wrote, “the office should arrange for debates, panel discussions, and individual lectures from a wide diversity of viewpoints on current public policy disputes.”

According to the senior fellow, the offices should focus on inviting speakers of all ideological backgrounds, but particularly speakers whose viewpoints are underrepresented on campus. This function of the new office would be to help foster knowledge and debate on current events. The Office of Public Policy Events would help a university in its responsibility to “bolster civility, safeguard liberty, strengthen citizenship, and deepen knowledge.”

With university and legislative mandate, it would also discourage what Kurtz calls “shout-downs.”

“The real targets of those shout-downs are not the speakers, who leave campus and go on with their own lives, but the faculty and students who remain,” Kurtz wrote.

Secondly, Kurtz says these offices should list and publicize every event involving speakers, debates, or policy discussions. That way, all speakers, sponsors, and their affiliations will be known to the university community and the greater public. If colleges and universities display an ideological bias when inviting speakers, it would be exposed to the public and encourage further accountability.

Kurtz suggests that the Campus Intellectual Diversity Act will begin to restore speech and free thought on campus, as well as normalize the invitation of conservative speakers.

While the Ethics and Public Policy Center senior fellow noted that government action may not sound ideal for conservatives, he reasoned that “there is no free market of ideas in academia” and that it is necessary as administrators and faculty are not committed to diverse debate.

“If the campus marketplace of ideas was functioning properly, legislative adoption of this proposal would be unnecessary,” Kurtz wrote. “With administrators and faculty averse to debate from across the political spectrum, it is up to trustees and legislators to step in.”

Campus Reform spoke to Kurtz about his proposal, the history of campus free speech, and whether universities will be incentivized to adopt his plan. The senior fellow indicated that campus free speech issues aren’t a new issue of the last decade, but instead are the result of decades of poor ideology and policy.

“I see it as a product of the changes that swept up our culture generally in the 60s. What you had at that point was a lot of the younger radical students who didn’t really believe in the ideals of classical liberalism,” Kurtz told Campus Reform. “Yes, there was the free speech movement at Berkeley, but a lot of the participants were looking to just really have freedom for their own speech and they actually embraced a hard left perspective that didn’t leave room for individual rights.”

“The most famous representative of that way of thinking was a fellow named Herbert Marcuse who had this idea that was very popular at the time called ‘repressive tolerance,’” Kurtz continued. “It was a way of saying that you shouldn’t really give freedom of speech to people who believed in an oppressive system.”

According to Kurtz, these students later infiltrated campus, post-graduation.

“The more radical students in the ‘60s then went to graduate school and then became academics and at first that added a whole new perspective to the academy,” he told Campus Reform. “You still had some conservatives there and some people who were more traditionally liberal along with these radicals. But, over time, the radicals gained critical mass and really abused the tenure system.”

“Tenure was supposed to contribute to and safeguard the marketplace of ideas and make sure that there would be many voices, but that system only works if you actually hire people based on the quality of their work and don’t try to punish them because their political views don't agree with yours,” Kurtz said.

On whether universities have incentives to comply with potential legislation for, or create their own Office of Public Policy Events, Kurtz told Campus Reform that he believes public pressure will leave universities no choice.

“The polls show that public support for the university has fallen tremendously, specifically among conservatives. That began a couple of years ago when all of the shout-downs happened,” Kurtz said. “Then publicity was given to things like safe spaces and trigger warnings.”

Kurtz added that the campus culture around free speech has permeated into society, and how this shows an even greater need for his proposed legislation.

“We’ve seen where the problems of the academy seem to be leaking into the wider culture where you have had Press Secretary [Sarah Huckabee] Sanders chased out of a restaurant, other conservatives chased out of restaurants, etc.,” he told Campus Reform. “Despite the relative lack of coverage in the mainstream media, the increased coverage in conservative media has led to a really sharp drop in support for higher education among conservatives in the last two or three years.”

When asked whether he felt colleges and universities were aware and concerned about their increasingly negative public image, Kurtz was definitive in his answer.

Kurtz also acknowledged there are other means to protect speech. Some possibilities include DOJ lawsuits and targeting university appropriations.

“Appropriations for public universities have been going down in recent years, and the academy definitely thinks that the loss of support for higher ed is related to that,” Kurtz told Campus Reform. “I’m in favor of using both funding and lawsuits to protect against attacks on free speech.”

On politically slanted administrations, Kurtz believes it might take more than his proposed legislation to solve that problem.

He said that the bill will “bring new voices to the campus” and also “create an atmosphere that combats some of the problems of having these politically biased administrations on campus. The administrations contribute to the atmosphere that makes people self-censor,” he said to Campus Reform. “People are afraid that if they say what they believe, somehow they might be accused of bias and might be reported in the biased reporting systems that the administrators are watching over."

Kurtz assured Campus Reform that newly created Offices of Public Policy Events would still allow for input from student groups as to who should be invited to campus.

“You’d still have to fight the battle of bringing speakers to campus,” he said, “but my hope is that if people got used to a lot of people being brought in to speak on both sides of our big public debates, then that would ease up pressure on the part of student groups.”

Ultimately, Kurtz said he hopes his proposed legislation will create a broader atmosphere for free-thinking students and faculty.

“If you have an office which is bringing in people who freely defend and speak of both sides in our political debates...that’s not just going to bring a new idea on campus,” Kurtz told Campus Reform. “I believe it will create a broader atmosphere which frees up people, which takes away the fear and self-censorship. These shout-downs are a form of intimidation...the only way you’re going to deal with shout-downs is to make those who suppress the rights of others face significant consequences.”

“Is this a guarantee this will work? No it is not. But I can guarantee you that if this proposal isn’t tried there won’t be a better solution that comes along. I think has it real chance to succeed,” Kurtz said. “We’re in the middle here. We’ve seen a wave of legislation on campus free speech. This is a potential second wave and this has a chance of making real change.”