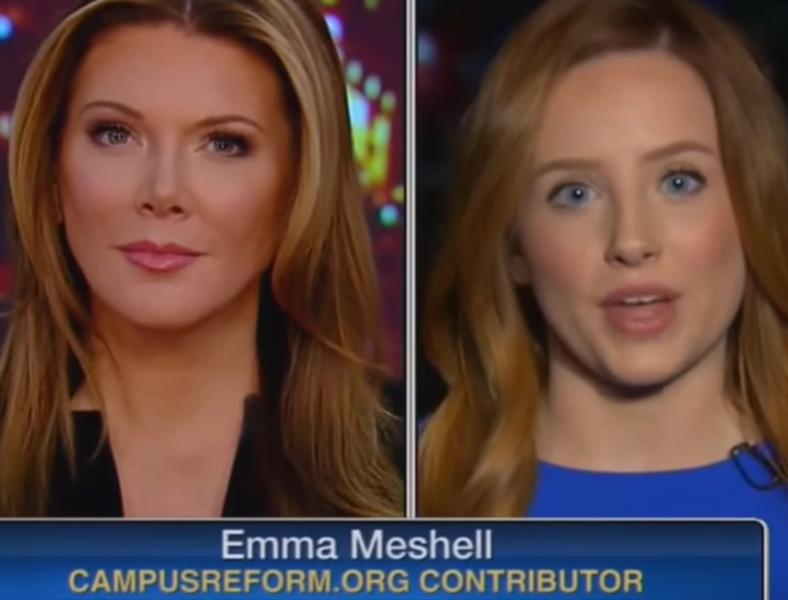 The University of Wisconsin-Madison hosted an event earlier this week in which it compared the caravan crisis at the U.S. southern border with that of Nazi Germany. Campus Reform's Emma Meshell joined Fox Business Network's Trish Regan Thursday to discuss this latest instance of liberal bias on a college campus.

Meshell called it a "sloppy rush to conflate" the caravan crisis with the plight of Jews during the Holocaust.

"It's important to have these intelligent discussions on our university campuses, but they need to be rooted in facts, not in feelings."

"It's important to have these intelligent discussions on our university campuses, but they need to be rooted in facts, not in feelings," Meshell said. "So it's very important that we actually look to the facts here which are that the migrant caravans at our southern border are not being targeted for their ethnicity, they're not being targeted for their religion, which is what those Jews fleeing Hitler were doing."

"This is not even remotely the same thing and it's an insult to those who have lost people from the Holocaust," Meshell continued.

"There's room for debate on these issues. There's room for debate on immigration and even on refugee law but what's counterproductive to getting somewhere with that is when you call people Nazis for wanting border security. That is an insult to people who believe in rule of law, who believe in having a secure border, and it's counterproductive. It prevents us from actually getting to make policies that can solve these problems while also retaining security at the border," Meshell added.

[RELATED: Ivy League prof: 'Open the border. Let them all in']

Meshell was referencing the story that Campus Reform reported on Tuesday, to which the university responded, saying that it "invites speakers with a wide range of views to lecture on current events," noting that Jacoba Garcia, who gave the lecture, is an "internationally recognized commentator on war, natural disaster, and conflict, who will speak on the parallels between the Central American caravans and previous mass migrations during the Balkan War and Nazi-era Germany."