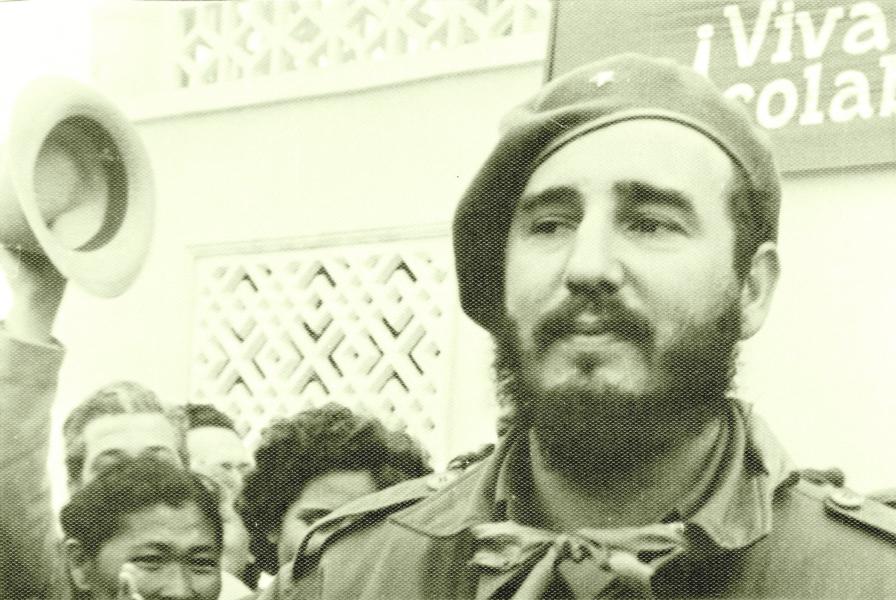 Back in October 2018, my organization, Turning Point USA at the University of Utah, presented a poster campaign for Hispanic Heritage Month. However, we were called out for discriminatory harassment and people thought we were targeting certain groups, none of which were named.

What for? Just for a poster campaign of socialist and communist dictators, such as Che Guevara and Fidel Castro, with the words #SocialismKills, #CommunismKills, and #FreedomforLatinAmerica.

This incident was not the end of me working to defend free speech on college campuses. It was the start.

The university approved and stamped our posters, but they were eventually removed from the approved locations.

We did not intend to cause harm to anyone and were fighting for freedom in Latin American countries, especially those that have been under socialist and communist regimes.

We did a tabling event based on our poster campaign. Then administration members came and spoke to us, suggesting that we were possibly targeting certain groups (without telling us which groups they were). One administrator said that she slept “very little” with these posters coming to her mind. Tabling with me were former Leadership Institute field representative for Utah Jakub Nowak, the field director for Turning Point USA, and a member of UU’s TPUSA chapter. The Leadership Institute is the parent organization of Campus Reform.

Someone even placed a note on one of our posters that read, “Never forget 9-11 (1973) when American capitalist pigs overthrew the elected government of [Salvador] Allende in Chile,” mentioning the torture and murder of a singer and Augusto Pinochet’s rise to power.

UU’s Student Conduct Hearing Administrator emailed several TPUSA members saying that our posters “may have been falsely approved by the university.” However, after meeting with the former president of TPUSA and me, he emailed us and clarified that I “followed the appropriate protocol for approving the posters that [we]re in question.”

But this incident was not the end of me working to defend free speech on college campuses. It was the start.

Last year, I testified on two campus free speech bills during the Utah Legislative Session, both sponsored by Utah Republican state Rep. Kim Coleman. At the time, I was interning for Americans for Prosperity – Utah, which wanted me to testify on these bills. One of those bills passed and was signed by Utah Gov. Gary Hebert.

The other bill was brought back this year after not being read on the House floor. Unfortunately, this time around, the bill failed on the Senate floor. This bill would have defined the line between free expression and harassment, and it would have required universities and colleges to publish guidelines for students and faculty to follow.

I could not testify on the bill during the legislative session due to my internship for an executive office. However, I gathered several students to testify on the bill, including the vice president of Turning Point USA and the vice president of College Republicans at the UU. Both of them spoke briefly about the posters at the University of Utah in October and how these were viewed as discrimination and harassment.

Even though I could not testify on the bill personally, I sent emails to the lawmakers, urging them to pass the bill. After the bill originally failed the House Judiciary Committee, I saw Coleman with Joe Cohn from the free speech nonprofit Foundation for Individual Rights in Education meet with legislators about free speech issues on our college campuses. The bill was reconsidered and passed the House Judiciary Committee.

Not only is Coleman a strong legislator, but she is also a great friend of mine. I was fortunate to help defend her free speech legislation.

It was because of the incident last October that I became inspired to help with free speech legislation even more during this year’s legislative session. It was a necessary task, but it also became my passion.

Who knew that testifying on free speech bills, interning for several conservative organizations, writing for Campus Reform, and the incident on campus would encourage me to defend free speech on our college campuses?

We need to take measures now to ensure that our students are protected now and later, even in Utah.