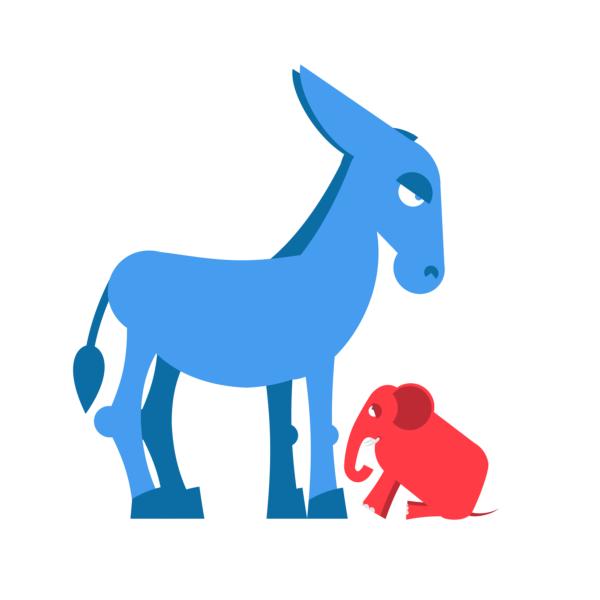 The economics department listserv email, a copy of which Campus Reform obtained, promotes an Organizing Corps paid position for summer 2019, in which students would help Democrats on the ground in their communities. Organizing Corps is a program specifically sponsored by the Democratic National Committee, according to its website, and recruits college students to learn “the art and science of being a field organizer in a presidential election” while helping Democrats win in 2020.

According to the email, students who are accepted into the corps will go through a five-day training session where they will learn “key skills in field and digital organizing, and data analytics,” followed by a seven-week period of local Democrat outreach through “organizing neighborhoods and registering voters.”

“The summer 2019 corps experience will give young people the skills and tools to organize their community and – importantly – get a great first job working for the Democratic presidential nominee and fighting to win across the country in 2020,” the email reads.

Andrew Berezhansky, president of John Jay College’s Turning Point USA chapter, told Campus Reform that the college only advertises positions that are tied to the Democrat party, and not the Republican party.

"I think there’s quite a bit of pandering, considering most college students or even people in NYC and [New York State] are Democrats,” Berezhansky said. “I do think it’s strange to say [at] the least that we’re seeing how the Economics Department is pushing people to run as Democrats and even if it’s being taken out of context, there are no Republican internships that I’ve seen come from the Economics Dept.”

Berezhansky says that the emails are evidence that the department is supporting Democrats in 2020, but that this support is not representative of the students in the department.

[RELATED: EXCLUSIVE VIDEO: Anti-Israel internship can get you credit at Syracuse]

“They seem to be aligning themselves with the 2020 Democratic field and I know personally that John Jay College, especially the Economics Department, is a lot more intellectually diverse than that,” the Turning Point USA president told Campus Reform. “It’s very unfortunate though that I haven’t seen any [New York Republican politician Marcus] Molinaro or Metropolitan Republican Club internships come from the Economics Dept. Intellectual diversity is extremely important to me and consistency is key.”

In a statement to Campus Reform, CUNY-John Jay College of Criminal Justice spokesman Richard Relkin said, "John Jay is proud to offer a non-partisan space where advocates on all sides can come together to discuss pressing criminal and social justice issues. The college adheres to state law and CUNY policy regarding restrictions for political activity and we provide equal time and opportunities for candidates on all sides of the political spectrum."

Relkin said that the email was also sent on a separate listserv for the Sustainability and Environmental Justice Program, while adding that "it appears to have been forwarded by some Economics professors. The email text was cut and pasted from the organization website and not original work by a member of the John Jay community and it should have been noted as such."

"It is John Jay’s policy to share news about a wide range of internship and job opportunities to inform our diverse student body about options for employment without regard to ideology or political party," Relkin said.

About four hours after Campus Reform published this story, John Jay College, using the same listserv as the one used to promote the paid opportunities to help Democrats, sent a separate email to students advertising "opportunities for students interested in volunteering, interning and working for the  Republican Party for this summer."