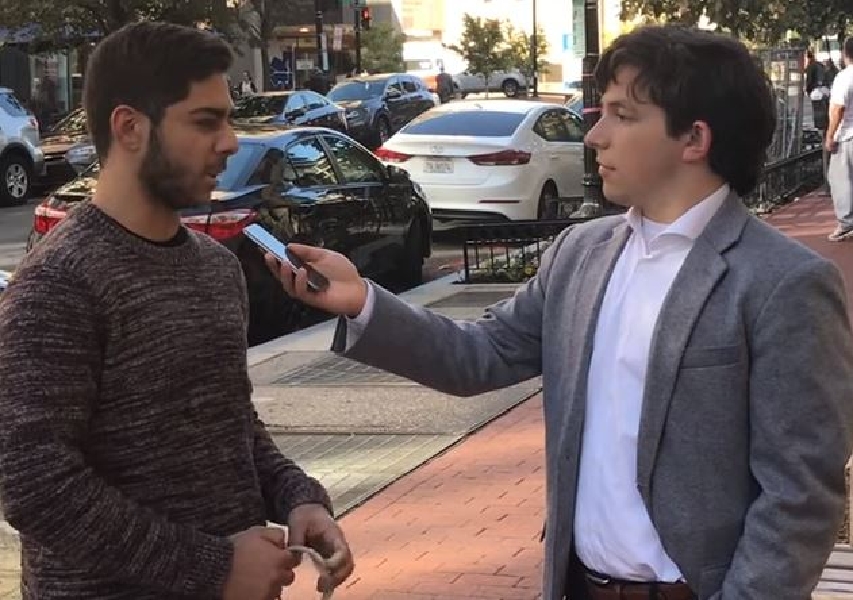 After former Secretary of State and Democrat presidential candidate Hillary Clinton made headlines for accusing current Democrat presidential candidate and Congresswoman Tulsi Gabbard of being a Russian asset, Campus Reform Digital Reporter Eduardo Neret went to George Washington University to see how students felt about Clinton possibly making another run at the presidency in 2020.

The students were not thrilled at the idea. Most said they would not vote for her if she entered the race.

“She has a tendency to kind of put a negative spin on everything, and I don’t think that that’s what the country needs right now,” one student told Neret.

“If the Democrats want to beat Trump, I don’t think it would be wise for her to run,” another student added. When asked what the best thing Clinton could do to help Democrats win in 2020, the student also said Clinton should step aside.

“Don’t run. Stay out of the race if you want to put your party over your own self-interests.”

“Just associating with her in general as a party is probably going to be a bit toxic for our brand,” a proud Bernie Sanders supporter argued. “Go home. Retire.”

“I think her time has come and passed, and there’s other people that are more qualified,” another student said.