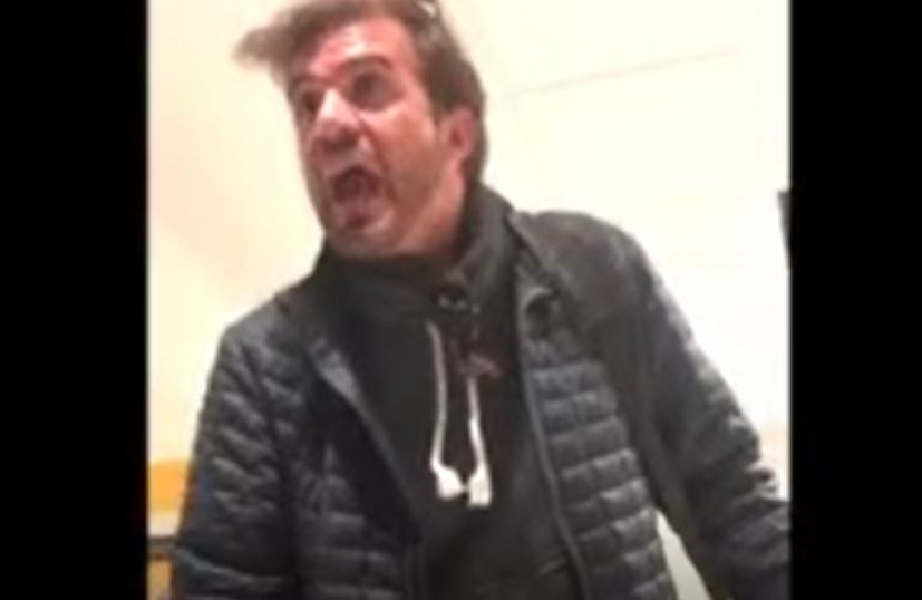 Three University of Iowa students have told Campus Reform that they know the identity of the man recently caught on tape shouting down a group of conservative students as they were tabling on campus to recruit new members.

In video footage obtained exclusively by Campus Reform, a man who identifies himself as a teacher at the University of Iowa is heard telling students "You're spouting rhetorical bullshit you're pulling out of your ass," "you’re a dumb student organization that's peddling bullshit," among other statements that included profanities.

The confrontation happened as members of UIowa's Turning Point USA chapter were tabling on campus trying to recruit new members.

Campus Reform has asked UIowa to comment on the situation multiple times but has not received a response. On Wednesday, three members of the University of Iowa Turning Point USA chapter identified the man in the video to Campus Reform as Teaching Assistant Christopher Clough-Hunter, who teaches in the Communication Studies department, according to his campus profile.

Besides the students' claims that the man in the video is Clough-Hunter, several other factors from the video align with what is publicly available from his biography. In the video, the TA states that he "lived in the Netherlands."

The TA says in the video that he "grew up in Ohio," which also lines up with the Facebook profile saying Clough-Hunter is from Canton, Ohio.