WATCH: Students walk out of class, shut down streets in support of illegal immigrants 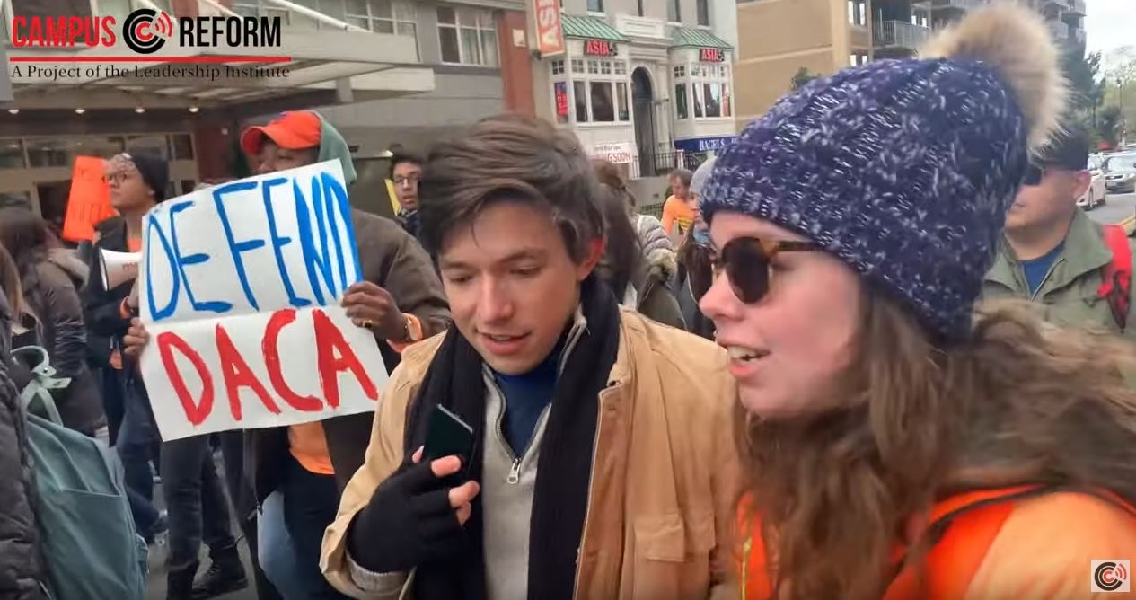 Hundreds of Washington D.C. college students walked out of class to raise awareness for Deferred Action for Childhood Arrivals (DACA) ahead of the Supreme Court arguments that were heard on November 12.

The Supreme Court is weighing the legality of President Donald Trump’s decision to terminate the program enacted by former President Barack Obama in 2012. DACA, which was created through executive order, protects illegal immigrant children who were brought to the U.S. as minors. Many of these immigrants are now college-aged students.

“Undocumented or not, these people are Americans..."

Campus Reform Digital Reporter Eduardo Neret went to Georgetown to cover the Georgetown University students who were marching to Dupont Circle, a major thoroughfare in the nation's capital.  Several event organizers attempted to end or interrupt Neret’s interviews with students. One activist told Neret that she was instructed to tell the students not to talk to him.

According to the group’s Facebook event, the Georgetown students initially wanted to shut down Key Bridge, which links Georgetown with Rosslyn, Virginia. Key Bridge was later swapped with Dupont Circle. The students were escorted by police for the entirety of the march.

Students from all campuses later met at the Supreme Court, where they marched and chanted for several hours.

In addition to DACA-related chants, the protesters also chanted “Black Lives Matter” and several other anti-Trump and anti-Immigration and Customs Enforcement (ICE) chants.

“[ICE’s work] is to uphold white supremacy,” one student said. “It’s all to...get rid of brown and black and keep people of European descendency in power.”

Neret spoke to some of the protesters and challenged them on DACA.

“DACA students didn’t have a choice,” another student said when Neret referenced the legal immigrant students who “did things the right way.”

“Undocumented or not, these people are Americans and people need to be fighting for them,” a student told Neret outside the Supreme Court. “This is their country.”

When Neret asked if Americans had “a duty to our fellow citizens first,” the student responded that the DACA recipients “should be citizens.”