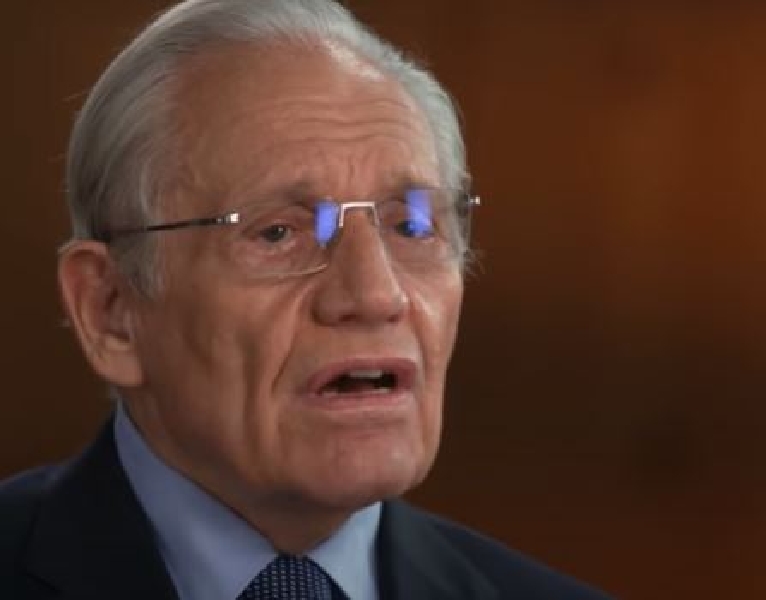 Journalist Bob Woodward came under fire from both the left and the right over ethical concerns regarding his conduct leading up to the publication of his newly released book, “Rage.”

Now, even a number of leftist academics have attacked Woodward for withholding information from the American public. Most of them claim that in doing so Woodward let Americans die, or at the very least worsened public health outcomes, to boost book sales.

These opinions somewhat mirror criticisms Trump himself directed at Woodward via Twitter.

President Donald Trump tweeted September 10, “Bob Woodward had my quotes for many months. If he thought they were so bad or dangerous, why didn’t he immediately report them in an effort to save lives? Didn’t he have an obligation to do so?”

Trump added, "No because he knew they were good and proper answers. Calm, no panic!”

The president's comments came in response to the release of audio recordings of interviews with Woodward. Upon their release, Trump's critics called attention to a portion of the tape where Trump said of the coronavirus pandemic on March 19, "I wanted to always play it down. I still like playing it down, because I don’t want to create a panic."

Harold Pollack, a professor of social service administration at the University of Chicago, seemed to agree with Trump’s logic to a degree.

Pollack tweeted that “Woodward’s behavior seems profoundly unethical” explaining that “he had months to sit on this, while so many people died.” The professor then shared how he was personally impacted by Woodward’s decision to withhold information stating that some of his conservative relatives “didn't mask, argued Covid is overblown, just like the flu, etc.”

He closed the tweet by asserting that “in expected value terms, Woodward has much to answer for.”

Woodward’s behavior seems profoundly unethical. He had months to sit on this, while so many people died. Some of my conservative relatives didn't mask, argued Covid is overblown, just like the flu, etc. We’ll never know. In expected value terms, Woodward has much to answer for.

Pollack told Campus Reform that, while he “can't speak to Mr. Woodward's motives,"  he believes Woodward “possessed important information that could have made a difference, as our nation confronted the worst pandemic in a century.”

Pollack also spoke to the political repercussions of Woodward’s actions, and provided some criticisms of the president's conduct, by stating that “in a polarized environment, millions of Americans looked to President Trump for information and distrusted the mainstream media and public health authorities. These were the people who needed to hear the President's comments on tape that he underplayed COVID-19's lethality and ease of spread.”

Pollack continued by offering further criticism of the president claiming that “by the simple refusal to wear a cloth mask, President Trump might well have caused more deaths than America lost on the battlefields of Afghanistan or Iraq.”

Pollack went on to say “publicizing the President's comments earlier might have made a difference.”

He concluded his statement to Campus Reform by calling Woodward’s decision to withhold information “a heartbreaking opportunity lost.”

Pollack was not alone in his outrage regarding Woodward's journalistic practices. A  number of his fellow academics shared similar views.

Assistant Professor of Political Science at the University of Massachusetts-Amherst Paul Musgrave likened Woodward to a journalist who receives a confession from a mass-murderer but waits to divulge such information for financial gains.

Musgrave told Campus Reform that he’d “let [his] tweet speak for itself on this one.”

"I've actually murdered hundreds of people, with my bare hands," confessed the politician to the journalist.

"That's great--I can't wait to publish my book in 8 to 18 months to reveal this! Really going to help with sales."

University of California-Los Angeles Law Professor Steven Bainbridge responded to a political consultant’s defense of Woodward by tweeting “why can't both Trump and Woodward be wrong?” explaining that “both concealed for personal gain.”

Why can't both Trump and Woodward be wrong? Different in degree, sure, but in kind? Both concealed for personal gain. https://t.co/G0kqXJF1zx

Senior policy fellow and professor of health policy and management at the University of North Carolina-Chapel Hill Thomas Ricketts provided a dual criticism of Trump and Woodward, stating that “Woodward was wrong, but Trump was wronger…”

Woodward was wrong, but Trump was wronger...the original sin did exponentially greater harm.

Miranda Yaver, a postdoctoral fellow at UCLA and verified Twitter activist, called Woodward’s journalism “unethical” saying that his decision to hold “information that would affect public health” was motivated by a desire to “to safeguard [his] precious book sales.”

This year we've seen so many unethical examples of people sitting on blockbuster information that would affect public health and/or institutional norms so as to safeguard their precious book sales. It's infuriating. I get that nothing matters anymore, but we should demand better.

Yaver, Ricketts, Leising, and Bainbridge were all asked to comment further for this article. They did not respond in time for publication.