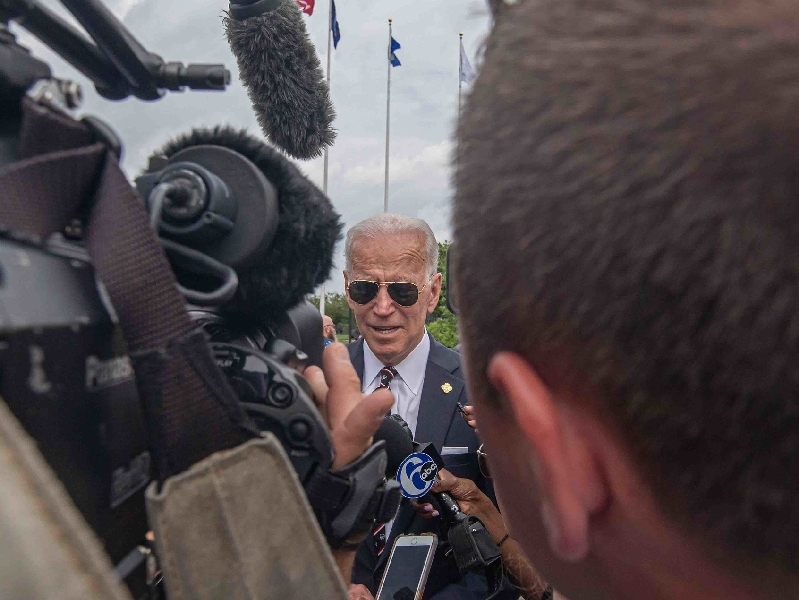 An Indiana University study asked respondents if they are aware of and believe in “unsupported narratives” surrounding the 2020 election.

“The problems with this article are several fold. The first ‘narrative’ is purely opinion and therefore neither false nor true."

Indiana University’s Observatory on Social Media is conducting a six-part series of surveys “tracking public opinion about unsupported narratives in the 2020 Presidential election.”

The first survey of the series was conducted from late August to early September and surveyed 597 respondents.

Researchers selected five "unsupported narratives" that they claim are “conspiracy theories” and “misleading.”

They included the following:

1. "Joe Biden is not mentally fit to be President."

2. "Kamala Harris is not a natural-born US citizen."

3. "Dr. Anthony Fauci funded a lab in Wuhan to develop the coronavirus."

Authors of the study claim that the statements “can be debunked with professional fact-checking.”

To prove that the statements are false, the study cites sources such as CNN, PolitiFact, USA Today, and FactCheck.org to “debunk” the statements.

“The first ‘narrative’ is purely opinion and therefore neither false nor true,” Cook said. “The second narrative actually is false. Of the other 3, all have some level of truth AND falsehood. To say they are entirely false is misleading at best.”

He added, “The substance of the narratives aside, the sample size of this survey was 597. In a country of nearly 330 million, 597 is a rounding error. This can hardly be considered valid or representative, much less newsworthy."

The researchers showed the participants a screenshot from social media that represented one of the “trending narratives.” Then surveyors asked two questions, “Have you encountered this, or similar stories about this issue, on social media or the internet?” and “to what extent do you believe the following statement is true?”

[RELATED: Stanford pushes narrative that it's 'nearly impossible' to think outside of white supremacy]

“Respondents at the extreme left of the figure rejected all the narratives; those who believed all five narratives are shown on the extreme right,” the study said.

More respondents (46.1 percent) said that they believe Joe Biden is “cognitively compromised” than those who stated they were familiar with the story (43.1 percent).  Similarly, more respondents (40.7 percent) reported that it is "likely true" or "definitely true" that Biden has “illegal ties with China” than those who said they had at least some level of exposure to the story (37 percent).

According to the survey, 54.7 percent of respondents indicated at least some level of exposure to the “narrative” of Kamala Harris’ birthplace being outside of the United States while just over one-quarter (27.7 percent) believe the story is either "probably true" or "definitely true."

The study found that “more self-identified Republicans and Independents believed all five narratives than Democrats.”

The mail-in ballot “narrative” was the most believed, with 30.6 percent of self-identified Democrats surveyed reported that they believe the statement “mail-in ballots cause election fraud” is “likely” or “definitely” true. That's compared with 70.9 percent of Republicans and 38 percent of Independents who said the same.

More Republicans than Democrats expressed a belief in Fauci funding a Wuhan lab developing COVID-19. The study found that 34.3 percent of Republicans surveyed admitted some level of belief in the story compared with just 24.2 percent of Democrats.

“I think it’s quite clear that the narratives all lean to one side. Convincing the public that these narratives are false would be largely beneficial for the Democratic Party. In fairness, the Harris story actually is false, but the others are all up for debate. Furthermore, it throws into question the neutrality of our news media as well as our educational institutions,” Cook told Campus Reform.

Indiana University and OSoMe did not respond to Campus Reform’s request for comment.