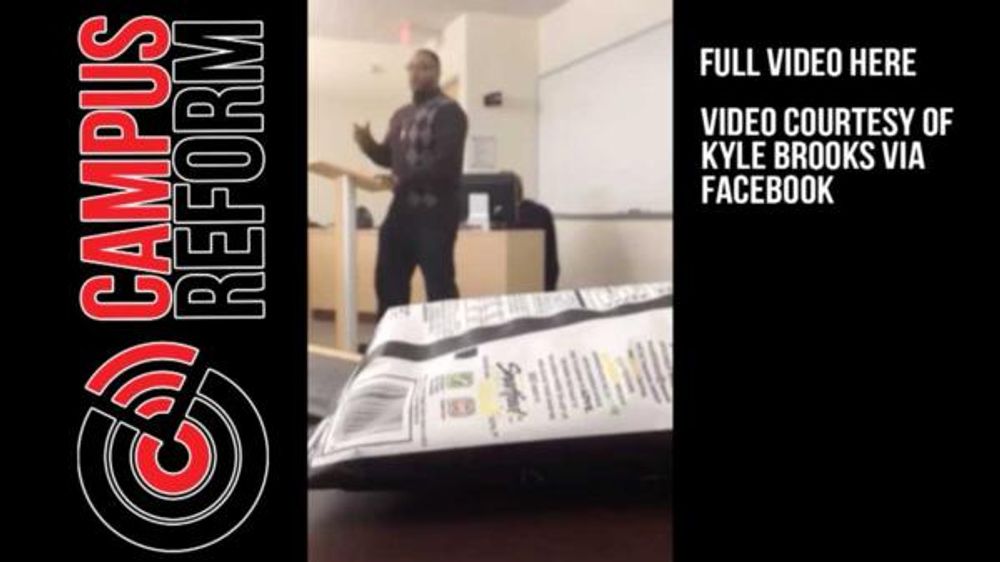 A guest lecturer in a freshman general education course at the University of Wisconsin-Whitewater (UWW) opened class Tuesday by attacking Governor Scott Walker (R) and blaming the results of the 2010 election on “white rage.”

“The context of 2010 was, white rage. To be honest with you. White people having to pay for health care for blacks and browns and gays,” said Eyon Biddle, Sr., the current political and organizing director for SEIU Local 150, in a video obtained by Campus Reform.

“Racism, with the first black president. Like, you saw a bunch of American pie hatred just bubble up,” he told the students of General Education 130, “Individual and Society,” a class that purports to examine “how people influence and are affected by their social worlds from the perspectives of anthropology, psychology, sociology and women's studies.”

Biddle then focused his lecture on Gov. Walker, arguing that “[f]olks started voting against their own interests. What, you had white, blue collar males voting for Walker even though Walker’s policies are not for blue collar, white males.”

Brooks, a secretary for the UWW College Republicans, told Campus Reform that he and many of his peers were “shocked” by Biddle’s lecture.

“I’m very disappointed,” Brooks said. “What could have been a productive dialogue turned into a divisive rant smearing the conservative movement.”

In addition to his work for the SEIU, Biddle is making his second bid for Alderman of Milwaukee’s 15th district. He was a Milwaukee County supervisor until he gave up his seat to unsuccessfully run for the Alderman position in 2012. The position is currently vacant and Biddle plans to run as a “strong voice for progressive change in Milwaukee,” according to his website.

According to Brooks, Eyon Biddle was invited to speak by faculty member Monique Liston, co-founder of ALL BLACK EVERYTHING, an organization that provides educational and activist opportunities for youth and adults concerning African-Americans in the city of Milwaukee.

The university did not respond to repeated requests for comment from Campus Reform in time for publication.