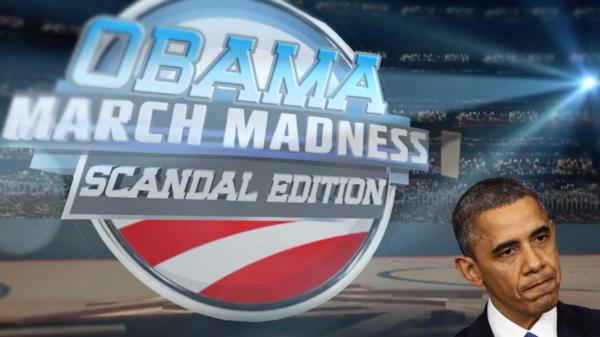 Students on the campus of George Mason University picked the NSA collection of data, the president’s lie that “If you like your health care plan, you can keep it,” and the IRS targeting of conservatives as the top Obama scandals in a parody bracket released Friday.

Campus Reform asked students to fill out a scandal-based bracket ranging from Benghazi and Fast and Furious to the IRS targeting of conservatives and the NSA’s collection of data.

“It’s pretty incredible actually, I didn't realize how many scandals were going on,” said one student.

Another millennial advanced the IRS scandal because “that’s probably how [Obama] got into office.”

What scandal do you advance?

6. “If you like your health care plan, you can keep it” #Promise

8. What Difference Does It Make #Benghazi