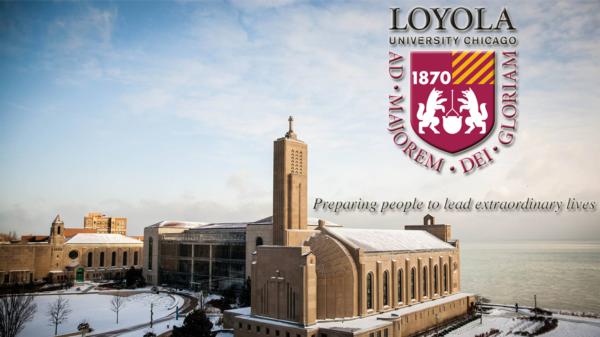 Armed with a petition bearing almost 900 undergraduate student signatures, the Loyola University Chicago (LUC) student senate unanimously passed a resolution last week urging the school to divest from pro-Israel corporations, but the school has no intention of adopting it.

The resolution, introduced by Loyola’s Students for Justice in Palestine (SJP) chapter, passed in the student senate with 26 votes and two abstentions, making Loyola the first Catholic institution and first Illinois university whose student government has passed such a resolution. It calls against the divestment of funds from specifically eight companies “that profit from violence and human rights abuses,” including General Electric, Hewlett-Packard, and SodaStream.

“We believe that any investments that the University may have in similar companies are in conflict with the Jesuit tradition and Loyola’s mission ‘to be in service of humanity through learning, justice and faith.’”

“We believe that any investments that the University may have in similar companies are in conflict with the Jesuit tradition and Loyola’s mission ‘to be in service of humanity through learning, justice and faith,’” the petition driving the resolution states.

While the resolution passed the student senate overwhelmingly, that does not dictate that the university must adopt the policy.

“Loyola University Chicago has NOT adopted a resolution calling for the University to withdraw or refrain from investing in certain companies providing products and services in Israel,” Maeve Kiley, director of communication at Loyola, told Campus Reform in an email.

“Loyola’s student government is discussing such a proposal. This is not the position of Loyola University Chicago and we will not adopt this proposal. As a University, we welcome open dialogue and debate on differing points of view. Proposals like this one benefit from broader campus discussion,” she said.

“Divestment is a non-violent strategy that is aimed to pressure corporations to withdraw from businesses violating human rights,” Loyola’s SJP chapter said in a statement. “SJP LUC hopes that this success signals the beginning of future successes for other universities and Jesuit institutions in the United States. As members of an institute of higher education it is our [the students’] responsibility to draw attention to these social justice abuses. SJP LUC stands in solidarity with Palestine and continues to stress the severity of the Conflict.”

The petition encourages students who are unaware of the Israel-Palestine conflict to visit SJP’s website for more information.

“BDS [Boycott, Divestment and Sanctions] advocates rely on half-truths and whole lies to advance their agenda,” David Walker, eastern region campus coordinator for Christians United for Israel (CUFI) told Campus Reform. “University students who honestly care about human rights—rather than just abusing the term in order to demonize Israel—should address actual human rights tragedies, such as the plight of religious minorities throughout the Muslim world, rather than attacking the one Middle Eastern country where the human and civil rights of all citizens are respected.”

CUFI on Campus serves to educate college students across the nation in support of Israel.

“Given the onslaught of anti-Israel activism on campus, we have a challenge ahead, but we’ll be successful because we have the ultimate trump card: the truth is on our side,” Walker said.

According to the USGA website, today’s meeting is open only to Loyola students, faculty and staff. A campus ID will be required to enter. Also, recordings of any kind are not permitted.