One professor mocked the idea of being "fair and balanced" by asking if she should be required to teach Holocaust denial. 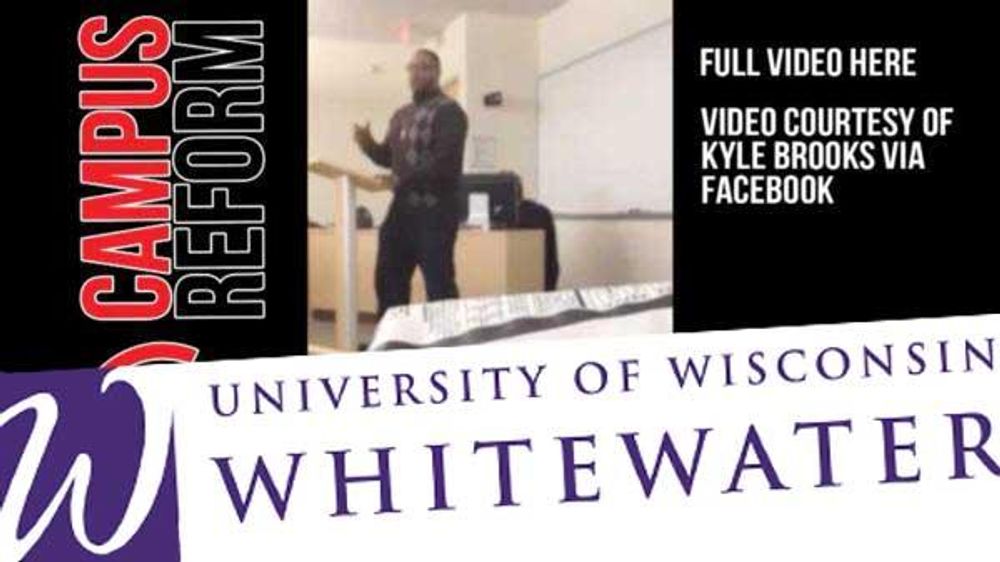 University of Wisconsin - Whitewater has changed school policy after a student captured a video of a guest lecturer ranting about his hatred of Republicans — not to prevent such lectures, but rather preventing them from being recorded and exposed.

On March 11, the Faculty Senate unanimously passed a resolution explicitly banning videotaping in the classroom after the video, recorded by student Kyle Brooks and published by Campus Reform, gained national attention.

“As you may know, there was an incident of a student making and sharing (on national media) an unauthorized classroom videorecording earlier this month,” Associate Professor of History Nikki Mandell wrote in an email on March 13.

“Faculty Senate Resolution passed unanimously that reaffirms existing policy which prohibits recording in the class without instructor approval,” it continued.

The school already had a policy banning recording in place, but that policy “did not have the language of video recording,” the resolution clarified.

According Mandell’s email, Chancellor Richard J. Telfer said the school would not issue a statement on the incident, but simply reminded instructors to keep a “balanced perspective in the classroom” — a comment Mandell rejected.

“My editorial comment: Faculty need to assert our scholarly expertise and right of academic freedom, as the warning to be 'fair and balanced' completely ignored the highly subjective and politicized implication of the phrase 'fair and balanced' – am I expected to waste time 'teaching' Holocaust denial?” she stated in the email.

The lecture in the video was given by Eyon Biddle Sr., the current political and organizing director for SEIU Local 150, and blamed the 2010 Republican landslide election on “white rage.”

“The context of 2010 was, white rage … white people having to pay for health care for blacks and browns and gays,” Biddle said on Feb. 25.

Reporter and Commentator at Fox News