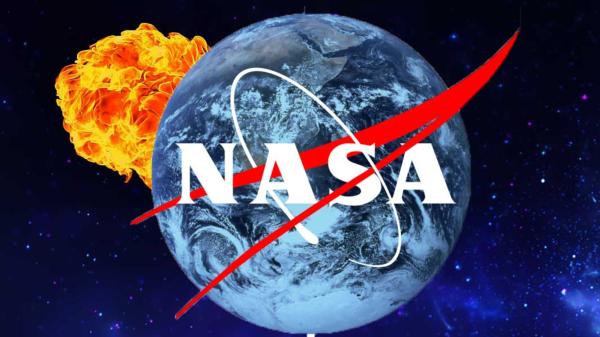 A study—relying on a NASA funded model—partly blames “Elites” for economic stratification and the coming collapse of global civilization and is causing controversy prior to its official publication.

“Collapse can be avoided, and population can reach a steady state at maximum carrying capacity if the rate of depletion of nature is reduced to a sustainable level and if resources are distributed equitably.”

The HANDY model came to fruition at the request of NASA, which asked researchers at the University of Maryland to build a model tracking climate change and population trends.

“Everyone else does predictions of climate change but we asked researchers to build a similar model that builds into it populations,” Stephen Cole, a spokesperson for NASA, told Campus Reform in an interview. “Most models are just calculations that show just how the Earth works.”

Because of this partnership, the space agency provides a $26,000 grant to the university to use on such projects.

It’s not the model that’s at the heart of the anti-capitalism controversy, but the researchers’ study that resulted from the model. The report looks at failed civilizations and attempts to draw parallels between their failures and upcoming decades. A late draft of the report cites “the stretching of resources due to the strain placed on the ecological carrying capacity” and “the economic stratification of society into Elites and Masses (or ‘Commoners’)” as the two driving factors behind civilization's demise.

But Motesharrei’s model, which factors in population, climate, water, agriculture, and energy as a five-system risk, has a solution.

“Collapse can be avoided, and population can reach a steady state at maximum carrying capacity if the rate of depletion of nature is reduced to a sustainable level and if resources are distributed equitably,” the report’s abstract states.

Ivy League statisticians began debunking the report prior to the publication of its final draft, and NASA has since distanced itself from the study, claiming that it was never a product of the agency, despite providing funding.

“It is an independent study by the university researchers utilizing research tools developed for a separate NASA activity,” says a statement from the agency. “As is the case with all independent research, the views and conclusions in the paper are those of the authors alone. NASA does not endorse the paper or its conclusions.”

Cole said it wasn’t unusual or against the rules for the researchers to take NASA’s model and use it for their own research as long as it’s not part of a secret, classified project. This openness and generosity with NASA-funded models stems from the fact that the space agency’s money is taxpayer money.

“There are no restrictions on the use of [the HANDY model],” he said. “That's not the way an open U.S. agency would do business.”

According to Cole, the study was conducted entirely independent of NASA’s direction; in fact, he says NASA hasn’t even reviewed the report.

“That’s not unusual. When a study is put into a journal, they [the journal] review it,” he said. “It’s not common practice that a federal agency would do the same thing. Now if we had requested the study, we’d want to know what the results are. That’s the way federal agencies work, at least in this country anyways.”

Had NASA endorsed the study, it would have first had to go through what Cole called a “solicitation process.”

In the draft, Motesharrei credits NASA at the end of his study in the final line of his acknowledgements: “This work was partially funded through NASA/GSFC grant NNX12AD03A.”

That grant is the cooperative agreement grant, stemming from NASA’s Goddard Space Flight Center in Greenbelt, Md., where science is the main focus.

Following the completion of the paper, which was submitted to Ecological Economics, Motesharrei became a graduate research assistant at University of Maryland’s Socio-Environmental Synthesis Center (SESYNC), according to Melissa Andreychek, SESYNC’s communications coordinator.

Andreychek told Campus Reform the national research center receives its funding through a National Science Foundation grant to the university.

“The only funding provided to directly support this work was a small part of a larger NASA grant that supported a Ph.D. graduate student work on the [HANDY model] used for the study,” Lee Tune, associate director of university communications for the University of Maryland told Campus Reform.

Neither Motesharrei nor the other researchers responded to requests for comment from Campus Reform.