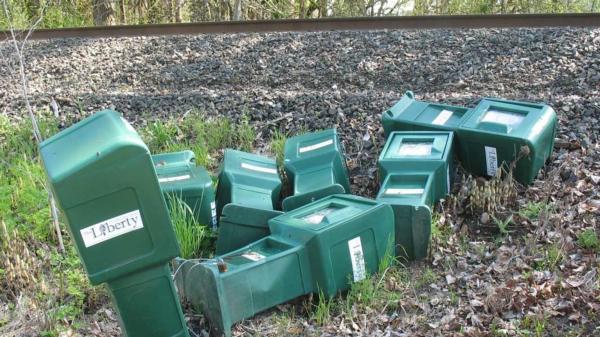 Oregon State University (OSU) has paid $100,000 in legal fees and $1,000 in damages to former students to settle a lawsuit after the university trashed the conservative student newspaper’s distribution bins.

The lawsuit was formally dismissed Wednesday with the university found at fault by the 9th U.S. Circuit Court of Appeals. However, the school has not admitted to any wrongdoing.

“Universities should encourage, not shut down, the free exchange of ideas.”

In 2009, distribution bins for The Liberty, the university’s conservative student paper, disappeared from campus. They were eventually found dumped in a trash heap at the edge of campus, still containing newspapers. Bins for the The Daily Barometer, OSU’s other student publication, were left intact.

While top school administrators initially denied any involvement in the removal of the newspaper bins, lower ranking university officials admitted the boxes were removed in order to “beautify the campus.”

The Liberty’s bins were the only distribution bins trashed.

After the U.S. Court of Appeals for the 9th Circuit found that OSU officials had violated the constitutional rights of the independent student newspaper, the university appealed to the U.S. Supreme Court, which refused to hear the case.

“Universities should encourage, not shut down, the free exchange of ideas,” ADF Legal Counsel Heather Gebelin Hacker said in a statement after the Supreme Court’s decision. “Students don’t deserve censorship for having viewpoints that university officials don’t prefer. As the 9th Circuit concluded, university officials clearly violated the students’ constitutional freedoms. The Supreme Court’s decision to let that ruling stand is a victory for constitutionally protected free speech.”

OSU has since changed its policies regarding student publications, allowing The Liberty to resume campus-wide distribution of their newspaper after being banned from campus for nearly a year.

“We hope the high price tag of this settlement will serve to discourage other colleges from following the same indefensible course that OSU did in 2009,” Robert Shibley, Vice President of the Foundation for Individual Rights in Education (FIRE) told Campus Reform. “Thankfully, since this incident, Oregon State has eliminated all unconstitutional restrictions on speech and is one of only 18 schools in the nation that gets a ‘green light’ from FIRE for protecting student speech in its written policies.”