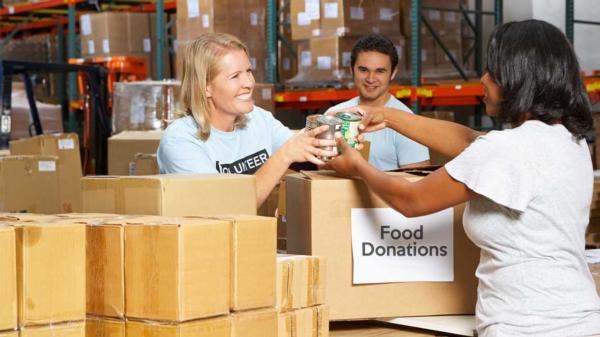 As the overall cost of higher education continues to skyrocket, universities are beginning to address a growing need among students—a need for nourishment.

Between rising costs for room and board, textbooks and tuition, many students are left unable to afford food, prompting eight schools in North Carolina to open campus food pantries in the last 18 months, with talks of more underway. The newest pantry, at North Carolina Central University (NCCU), saw an estimated 50 students use its services in the first week with no advertisement.

"One problem with full time college students is most of the time they don’t qualify for food stamps and aren’t getting help from the government.”

Like many other collegiate pantries, NCCU’s food bank is entirely donation-based, providing nonperishable food items and toiletries to students who show a student ID.

The pantry also offers resources to cash-strapped students such as breast feeding classes and information on how to make creative meals on a budget.

Jason O’Briant, a dietetics professor who helped organize the pantry, said it is a resource for students suffering from chronic hunger, not those who merely forgot to bring lunch.

“Back when I was a student, I didn’t have issues of food security, but I ate cheap, I ate like a college student,” O’Briant told Campus Reform. “[The food pantry] has to discern the difference between the poor college student who is eating cheaply or someone who can’t have access to food.”

Tuition alone has risen 14 percent over the past five years at four-year private colleges and 27 percent at four-year public universities. But besides the rising cost of education and food, students have many other monetary obligations ranging from healthcare to childcare to rent to car payments. Part time jobs simply are no longer cutting it.

“A large majority of students are embarrassed or do not know where to go for food assistance,” Christy Simmons, manager of public relations for the nonprofit, told Campus Reform. “Tuition has increased, which puts a strain on finances and food often takes a backseat to bills.”

NCCU isn’t unique—collegiate pantries seem to be a growing trend in North Carolina and nationwide.

The Food Bank of Central and Eastern North Carolina is responsible for opening three collegiate food pantries in the past year with two more colleges applying for partnership and two others inquiring about a partnership.

Saginaw Valley State University (SVSU) in Kochville Township, Mich., is one university that has recently opened a food pantry with help from CUFBA. According to an email obtained by Campus Reform, the Cardinal Food Pantry was started to "address this need knowing a hungry student has a harder time being academically successful.”

“SVSU is involved with helping the hungry on a variety of fronts,” J.J. Boehm, director of media and community relations for the university, told Campus Reform.

And Beohm is right. The student pantry also tackles other needs—such as clothing—by organizing a “Cardinal Closet” for students in need.

Nate Smith-Tyge, director of Michigan State University’s food pantry and co-founder of CUFBA, estimates that there are a total of 120 food pantries on college campuses, with up to 35 more in the planning stages.

“It’s a circular task,” Smith-Tyge told Campus Reform. “A lot of people now have to work and go to school so if we can lessen their financial burden so they will have to work fewer hours, graduation, retention and completion rates will increase. Making sure people are food-secure helps academically.”

Smith-Tyge blames the comprehensive economic climate, growth of nontraditional college students with unique costs, overall cost of college attendance and rise in tuition for the growing need for food pantries.

Despite the growing trend of food pantries on college campuses, hard data of just how many colleges and students utilize food pantries across the country simply doesn’t exist. With colleges partnering with a number of organizations such as CUFBA, state food banks or community donations, there isn’t a concrete number showing how many college students are truly food insecure.

Feeding America, a nonprofit network of food banks across America feeding more than 37 million people, will release its new batch of research statistics, Hunger in America 2014 in the summer. According to Ross Fraser, director of media relations for Feeding America, this will be the first time the quadrennial report will identify the number of college students the organization serves.

It won’t be a completely comprehensive number, as Feeding America works strictly with 501(c)(3) organizations, but it’s a step in that direction. Fraser told Campus Reform that it’s “frustrating” how often he gets asked how many college students Feeding America—and consequently other food banks—serve when there just isn’t data available.

“Food insecurity is going up and up and up,” he said. “It used to be a problem of just those who were poor and now it’s with people who were middle class. One problem with full time college students is most of the time they don’t qualify for food stamps and aren’t getting help from the government.”