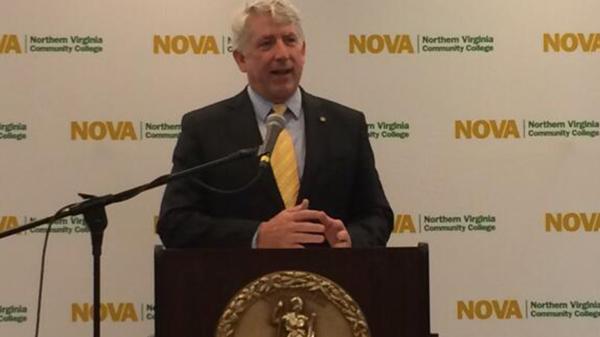 “If the Commonwealth is to remain competitive in a global economy, we must embrace a strategy that maximizes our talent pool and helps all Virginians reach their full potential.”

In order to receive in-state tuition, the students, otherwise known as DREAMers after the DREAM Act, must prove their DACA status, be accepted to college, and establish Virginia domicile by providing continuous residence in Virginia and intent to remain in the state “indefinitely,” Herring explained at NVCC.

“I have concluded that in-state tuition rates can and should be extended,” Herring said. His words were met with chants of “Sí se puede,” which has become the rallying cry of immigration reform over the years.

“If the Commonwealth is to remain competitive in a global economy, we must embrace a strategy that maximizes our talent pool and helps all Virginians reach their full potential,” Herring said.

Approximately 8,100 students have DACA status in Virginia as of December 2013, according to the U.S. Citizenship and Immigration Services.

Additionally, Herring sent a letter this morning to the State Council of Higher Education in Virginia (SCHEV), the presidents of Virginia’s colleges and universities and the chancellor of the Virginia Community College System highlighting his announcement.

“No provision of federal or Virginia law can be read to punish these smart, talented, hard-working young people or to relegate them to a life of limited opportunities,” the letter reads. “To the contrary, these young people are legally entitled to in-state tuition if they otherwise meet Virginia’s domiciliary requirements. Even apart from being the right thing to do, it is what the law requires.”

With Herring’s announcement, Virginia joins 19 other states that have enacted tuition equity laws.

The federal DREAM Act provides temporary conditional residency to students who have lived in the country for five years prior to the passing of the law and have graduated from high school and attended college.