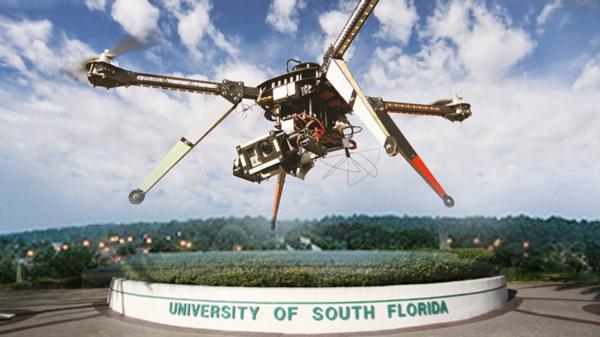 Starting in the fall, University of South Florida (USF) students will be able to check out remote-controlled drones from the campus library.

Students will have to first take a training course and come up with a project for which they need the drones before being able to check one out, and they must also be accompanied by a faculty member.

"It's going to take some thinking and I think you're going to have to have a pretty good justification and outline exactly why you need it and what you're going to do with it," USF assistant director for instructional services, Maryellen Allen, told WTSP.

Drones will be allowed off-campus as long as students have explicit permission from the faculty member. Once off-campus, students will then be liable for any damage incurred to the drones.

The remote-controlled drones are worth $1,500.

According to faculty members at the school, USF is one of the only schools in the nation offering students the ability to check out and use drones. This new opportunity for students is part of the school’s remodel of the library to promote more digital learning.

USF announced the new program for the fall only a few days after the National Park Service announced a temporary ban on drones.