Mass. town attempts to ostracize Christian college over its beliefs 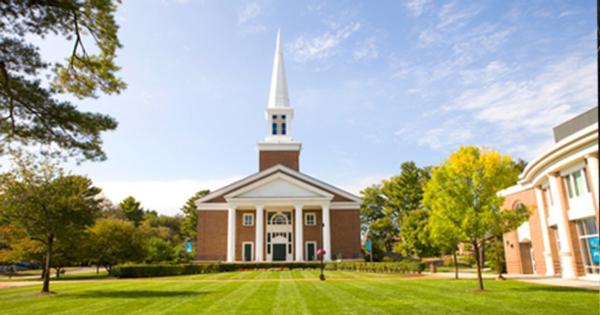 The town of Salem, Mass., has pitted itself against Gordon College after the president of the private Christian school added his name to a public letter to President Obama asking for a religious exemption from a planned federal mandate.

The expected executive order would force any organization receiving federal funds, including religiously based organizations, to hire people whose sexual conduct may not fall in line with their beliefs. Gordon says the mandate would be an “infringement on religious liberty” and “the rights of faith-based institutions to establish a set of standards and expectations for their community.”

“It is the policy of the City of Salem to uphold the human rights of all persons in Salem and the free exercise and enjoyment of any and all rights and privileges secured by the Constitutions, Laws, Ordinances and Regulations of the United States, the Commonwealth of Massachusetts and the City of Salem."

Gordon’s statement of faith and conduct defines marriage as the “lifelong one-flesh union of one man and one woman.” It also clarifies that the school is against “homosexual acts,” not “same-sex orientation,” and claims that it expects its students and faculty to “refrain from any sexual intercourse—heterosexual or homosexual; premarital or extramarital—outside of the marriage covenant.”

“Signing the letter was in keeping with our decades-old conviction that, as an explicitly Christian institution, Gordon should set the conduct expectations for members of our community,” Gordon College President Michael Lindsay said in a statement. “Nothing has changed in our position.”

Lindsay was among 14 religious leaders—including evangelical pastor Dr. Rick Warren and Director of the Institute for Policy Research & Catholic Studies at the Catholic University of America Dr. Stephen Schneck—to sign the letter earlier this month.

Schneck told Campus Reform Thursday afternoon that he “hasn’t received any pushback” after endorsing the letter, but the same cannot be said for the president of the liberal arts college tucked away in northeast Massachusetts, just a little over six miles north of Salem in Wenham.

It was Lindsay’s signature that prompted Salem Mayor Kimberly Driscoll to publicly chastise the school, calling the small Christian college’s longstanding policies of expressly forbidding homosexual practices “offensive” in a statement released by the city. Driscoll went on to say that the city was revoking its contract with the college over the management of the city’s Old Town Hall facility.

Gordon has contracted with the city since 2008 to maintain, operate, rent, preserve, and improve the Old Town Hall, which includes a museum and large hall space, in return for using the facility for educational functions. The school says the contract was due to end in August and that it had planned to drop its management of the facility.

“Gordon determined many months ago that we wanted to get out of the event-planning function of managing the facility, and to refocus on our energies on the related educational activities,” the school maintains. “The agreement between the two parties allowed the City to opt out of the contract early, and in the context of the recent media attention, the City decided to exercise its option.”

Dominick Pangallo, chief of staff for Driscoll, told Campus Reform that Salem was planning on resuming management of the facility as of September 1.

“[S]ince Gordon’s student conduct policies are in direct conflict with the City’s non-discrimination ordinance, which was adopted earlier this year, we acted to terminate the contract early,” he said in an email. “That conflict, which came to light as a result of President Lindsey’s [sic] letter advocating for an exemption from federal anti-discrimination policies ability, led us to the conclusion that we could not continue our contractual relationship with Gordon as it violated both the letter and the spirit of the city’s law.”

Pangallo said that any organization has the ability to rent out the facility, including faith-based organizations, as long as they comply with routine licensing, fire prevention, and potential police detail requirements. Old Town Hall does serve as a wedding venue where straight and homosexual couples can wed.

Following Salem’s termination of its contract with Gordon one month early, a regional accrediting agency rumors flew claiming that the college’s accreditation was in jeopardy. Yet in a letter sent to the school on July 15, the Chair of the Commission of the New England Association of Schools & Colleges (NEASC) made clear that Gordon’s accreditation is safe.

“[T]here is no chance that an action withdrawing Gordon College’s accreditation or placing the institution on probation would be taken at the Commission’s September meeting,” Barbara Brittingham wrote.

Brittingham said that it is “common practice” for the Commission to review any school with as much media attention as Gordon has garnered over the past few weeks, but if the Commission decides to take any action, it will not be to withdraw accreditation.

“Glenn Beck is not happy”

According to Driscoll’s office, it is not just Gordon College that has received backlash from the president’s signature. The mayor claims that conservative news outlets, such as Glenn Beck’s The Blaze, are “not happy with [the Salem] and have incited “patently offensive” phone calls to her office, calling out residents of Georgia and Texas specifically.

Driscoll says that she is donating $5 to the North Shore Alliance of Gay, Lesbian, Bisexual and Transgender Youth (nAGLY) for every call received. As of press time, the mayor’s office says they have received around 150 calls.

“[W]e have determined these donations total about $3,000 in just the last roughly 36 hours,” Driscoll wrote on her Facebook page Thursday night. “We have received at our office just under 150 calls and emails, but I’m rounding it up to 150, so that is an additional $750 from me.”

The mayor’s chief of staff told Campus Reform that Driscoll is not donating any city or taxpayer funds.

Salem’s retaliation against Gordon’s president is unsurprising considering Salem boasts a strict anti-discrimination ordinance, the first in the North Shore region to do so.

“It is the policy of the City of Salem to uphold the human rights of all persons in Salem and the free exercise and enjoyment of any and all rights and privileges secured by the Constitutions, Laws, Ordinances and Regulations of the United States, the Commonwealth of Massachusetts and the City of Salem,” the ordinance states.

Salem was also given a perfect score for 2014 by the Human Rights Campaign (HRC), a progressive LGBT civil rights advocacy group and political lobbying organization. HRC cited the city’s ordinance, its LGBT-inclusive policies, and newly appointed LGBT liaisons in the mayor’s office and police department as motivating factors behind its scoring.

“As a progressive, welcoming, and diverse community we have a large and growing population of LGBT residents and visitors,” Pangallo said. “By designating an LGBT liaison in both the Mayor’s office and the Police Department we provided a recognizable point of contact.”

Pangallo said neither the LGBT liaison to Driscoll nor the liaison to the police department receive any additional salary.

In June, two for profit corporations were granted a religious exemption by the Supreme Court. The court held that Conestoga and Hobby Lobby do not have to provide a full range of contraceptives to employees as part of the controversial Affordable Care Act.

Gordon College declined to comment for this story except to point Campus Reform to their newly created webpage—Learn the Facts Behind the News: Building Constructive Dialogue.