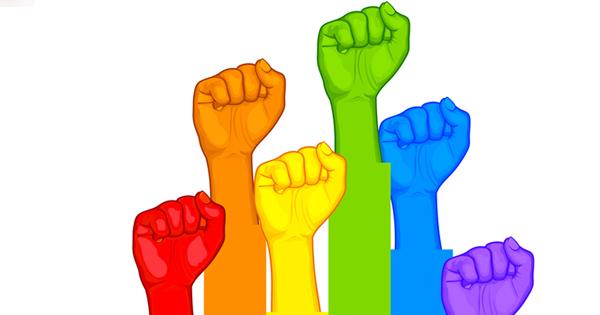 When it comes to finding a job after graduation, business students are throwing their sexual orientation into the mix as well.

Reaching Out MBA, an annual conference of lesbian, gay, bisexual, and transgender graduate business students, completes its three-day lineup of speakers and workshops with a job fair—a job fair that is becoming increasingly exclusive.

According to Matt Kidd, executive director of Reaching Out MBA, 10 percent of the 1,100 attendees at last year’s conference identified as straight. Because of that, this year's attendees are now required to submit an essay on why they wish to attend the conference or be recommended through campus LGBT organizations so that the conference can vet potential attendees.

Kidd told Bloomberg Businessweek that the conference wasn’t trying to exclude LGBT-allies and also recognized that several conference attendees come from large, southern MBA programs where the LGBT students may not feel as readily accepted and may not be as readily apt to divulge their sexual preference.

But Kidd said that the straight students attending the job fair were “offensive” as LGBT-identifying students overheard things such as “Dude, I’m not gay” or “There needs to be less focus on gay stuff at this event.”

The Reaching Out MBA conference includes events such as “LGBT talent career expo,” a “women and diversity reception,” and “personal finances for LGBTQs” panel.

“There are recruiters [at the job fair] who are happy to talk to anyone that’s talented,” she said. “The idea of those groups is to ensure inclusiveness, not to say, ‘we only want LGBT people.’”

According a study from George Mason University released last month, only 63.4 percent of youth 18- to 29-years-old are employed. The youth unemployment rate is at 15.4 percent.

A representative from Reaching Out MBA did not respond to multiple requests for comment from Campus Reform.