Professor: ‘Illegals at border have more rights than college students accused of rape’ 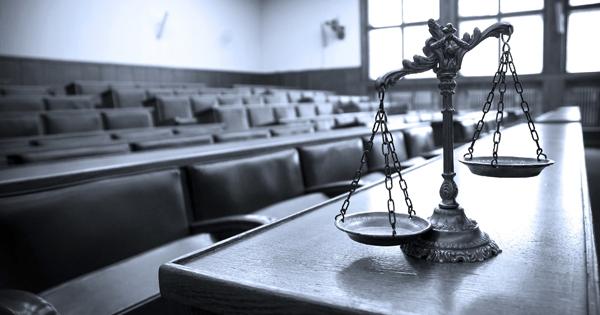 Those who illegally cross into the United States have more rights than a college student accused of rape, according to a George Washington University (GWU) law professor.

John Banzhaf, a public interest law professor at GWU, is calling attention to disparity within America’s judicial system after finding “dozens” of cases in which colleges forgo due process when handling students accused of sexual assault while those crossing into the United States illegally are still granted an impartial hearing.

"Rape is a crime and colleges shouldn’t be involved at all."

“Many colleges have not been very vigorous with combating date rape and if it’s not treated properly, the women complain,” Banzhaf said in an interview with Campus Reform. “One way to dramatize that is with the current debate over border regulation.”

Banzhaf, who helped get all charges dropped against three Duke lacrosse players in a highly contested and bitter case, claims that he first spotted what he calls a “trend” of students successfully suing their universities for improperly finding them guilty of date rape.

“With date rape, [college judiciary committees] particularly try to find out what exactly happened in that room,” Banzhaf told Campus Reform. “The need seems to be much greater [for that] in the case of date rape for protection.”

Banzhaf claims that colleges have abandoned that “very high standard of proof, particularly in cases of date rape,” despite the U.S. Supreme Court ruling that the Constitution requires due process protections.

“Rape is a crime and colleges shouldn’t be involved at all,” he said. “There are more and more individual cases where students are found guilty and suffered consequences are winning these cases [when they sue their school.]”

According to Banzhaf, college adjudication committees fail to properly identify force versus the threat of force, which could be verbal, in date rape scenarios. The issue of campus rape is further convoluted, he said, with colleges blurring the lines between the definition of rape and sexual assault.

“The issue isn’t consent,” he told Campus Reform. “It’s proof beyond a reasonable doubt which is almost impossible.”

Banzhaf says he refuses to side with advocates on either side of the escalating campus rape discussion. Instead, he proposes colleges hire retired lawyers or law enforcement officials--clarifying that “I’ll be damned if a junior assistant dean for libraries” should be put in charge of sexual assault cases--to cover a predetermined area of schools and serve as those schools’ liaison for sexual assault cases who “do nothing but investigate and if necessary adjudicate for that group of universities.”

“That way you’re having someone who has the training and is completely impartial step in [to handle campus sexual assault cases],” Banzhaf explained.

He recognized that some victims of campus sexual assault may not want their attacker to be kicked off campus completely but just removed from their dorm or class.

“The amount of protection [a school should offer to a victim] may vary depending on the punishment they are seeking,” he said.

But Banzhaf has another idea for college kids who are afraid of being falsely accused of rape.

“I’m seeing more cases where students are videotaping their sexual encounters,” he said, adding that even if students record their sex acts without sound, consent can still be easily proven.