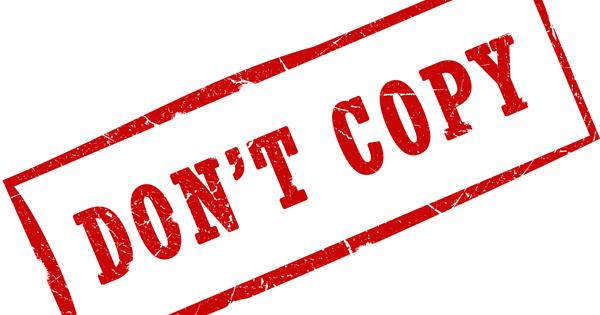 Miami Dade College (MDC) professor has accused her colleague and co-author of a communications textbook of plagiarizing—including the section on plagiarism.

Isabel del Pino-Allen, a communications professor at MDC, told Campus Reform that she first discovered the plagiarism in the textbook she coauthored with four other professors after the book was published in December 2013. After alerting MDC’s administration, del Pino-Allen along with the other authors were faulted for failing to properly cite sources collectively.

Del Pino-Allen accused Adam Vellone, a communications professor at MDC, of copying word-for-word various definitions in the chapters he was assigned to write. Vellone did not respond to a request for comment from Campus Reform.

One of those instances of plagiarism came from pages 38 and 39 of the textbook, The Freedom to Communicate, in the chapter regarding plagiarism. The book’s definition—”Plagiarism is taking someone else’s work without giving them credit”—was taken from a Turnitin.com paper.

An internal investigation by the university found four instances of potential plagiarism or inaccurate citations in the textbook, but traced them back to changes made by the publisher. In an email provided to Campus Reform, Hayden-McNeil Publishing, the Michigan-based firm slated with editing and publishing the MDC textbook, says one instance of improper citation was just an “oversight in that the reference was not properly placed.”

The administration’s report also found five instances of inaccurate citations from an accompanying online test which Beverly Moore-Garcia, the vice provost for academic affairs, recommended that the authors replace.

“Since all give authors signed the book contract, are equal owners of the book, divided the work by consensus, shared the authoring and proofing responsibilities, and had equal access to the textbook proofs, they bear an equal responsibility for the book’s integrity. Now that these instances have been identified, they should work with the publisher to ‘clean up the incomplete citations,’” she said in the report.

After Campus Reform reached out to the Moore-Garcia, a university spokesperson sent an email saying the university actually found no instances of plagiarism.

“This issue is closed, as far as we are concerned. There was no finding of plagiarism. Therefore, we have no further comment on this matter,” Juan Mendieta, director of communications at MDC, told Campus Reform.

Mendieta did confirm that “[b]ased on the review, no employee was reprimanded.”

But del Pino-Allen contends that the university report is insufficient and is a result of pressure from the school’s faculty union.

“[T]he faculty union and the MDC administration have an unusually ‘close’ relationship,” she said. “The union routinely tells the faculty members...that the administration is out to get them and if it weren’t for [the union] we would be fired or we would have horrible working conditions.”

The faculty union did not respond to requests for comment from Campus Reform.

The Freedom to Communicate could still be in use at MDC, although the faculty members who authored the textbook are prohibited by law from forcing their students to purchase it, even if they are teaching from it in class. Del Pino-Allen said she wishes to continue to use the book for her class sans the allegedly plagiarized portions.