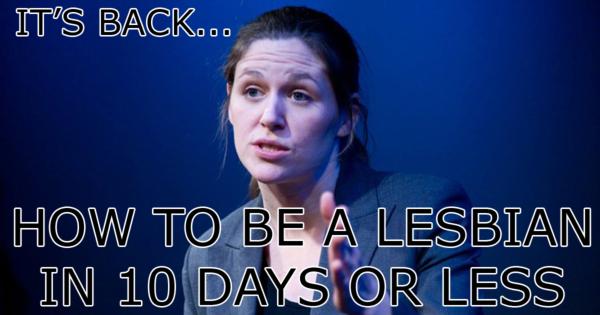 Students in upstate South Carolina will finally get the chance to yell “I’m a big ‘ol dyke!” with infamous motivational speaker and expert lesbian Butchy McDyke.

The controversial play How to be a Lesbian in 10 Days or Less is returning to South Carolina on September 9.

Last spring, the University of South Carolina Upstate (USCU) canceled the play after a public outcry. Soon after, USCU shuttered its Women and Gender Studies Center and the reallocated funds to teach classes on the Constitution instead.

This time around, theater aficionados can be sure the play will go on. Wofford College, a private, liberal arts school, is hosting the show, which puts it out of the reach of state senators who pressured USCU to nix the play last spring.

In addition to performing the one-woman-show, actress Leigh Hendrix—who plays Butchy McDyke, a motivational speaker and expert lesbian—will conduct a master class Tuesday for students in an experimental “living-and-learning” community, according to a written statement from the college.

"Faculty here love to think themselves superior to what they imagine Southern prejudices," Dr. Robert C. Jeffrey, a full professor at Wofford, told Campus Reform. "I imagine the play is just propaganda aimed at getting the young to laugh at the moral law."

How to Be a Lesbian in 10 Days or Less will be followed by a panel discussion “on politicized performance and academic and artistic freedom,” according to the statement. Both Wofford and USCU faculty, including Lisa Johnson, the former director of the now closed USCU Women and Gender Studies Center, will sit on the panel.