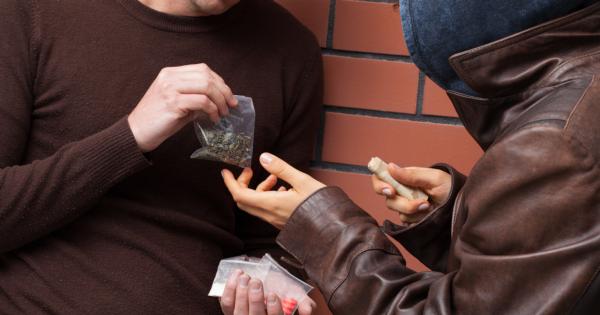 Students busted for drugs at the University of Wisconsin-Whitewater might not have to give up time in the library for time behind bars.

Due to a relatively new program at the university, students caught committing some sort of drug-related offense can be turned into “confidential informants” by campus police. According to UW-Whitewater’s police department, the program is exactly the same as any other confidential informant program law enforcement agencies use across the country.

"It’s truly and absolutely a personal decision as to whether or not you want to do it."

“We realize that there is not a college campus in the United States or probably anywhere in the world that doesn’t have some issue with drugs, and our goal is to try to reduce that on our campus as much as possible,” UW-Whitewater’s Police Chief Matt Kiederlen told Campus Reform in an interview. “And again, it gives these people who have made, quite frankly, very bad adult decisions an opportunity to, again, try to recover and move on in a more positive aspect.”

Kiederlen said that while the UW-Whitewater’s campus and the city haven’t run into heavy drug abuse problems, the county has had a problem with heroin and other harder drugs.

“I don’t think anyone’s naive enough to believe we’re going to rid of everything,” he said. “We just don’t expect that to happen. But to control it at least, to minimize the potential damage, what can we do, and this is what we started doing, and quite frankly, I think it’s been pretty successful.”

“I think oftentimes we look at individuals that are in college or at a university and feel that they are somehow different than say the 18-24-year-old that has chosen to go into the trades or is working in a factory,” Kiederlen said. “The reality is yes, they’ve paid to be here but there are still the same societal expectations of behavior.”

While the confidential informant program has been successful in reducing drug-related offenses around campus, not every student sees the benefits of turning in potential friends.

In 2011, Javonni Butler was arrested after he sold marijuana to a fellow student who happened to be wearing a recording device. When presented with the opportunity to become a confidential informant, Butler was offended.

“It’s just pitiful, it’s disgusting,” The Fix reports Butler as saying. “They pretty much put kids in a spot until they have no choice but to snitch.”

Butler went on to plead guilty to a charge which can hold a punishment of up to seven years in prison. Yet his refusal to join the program was not met by animosity by UW-Whitewater’s police chief.

“The bottom line is, I am not, I would never encourage or discourage someone from doing it,” Kiederlen said. “It’s truly and absolutely a personal decision as to whether or not you want to do it.”

On Monday, the University of Massachusetts Amherst, more than 1,000 miles to the east of UW-Whitewater, announced that the school is reviewing its own confidential informant program after one of their student informants was found dead from a potential heroin overdose. The student, a 20-year-old junior, died less than one year after joining the program.

“The assessment will help determine whether the confidential informant program can operate successfully with a mandatory referral to an addiction specialist or notification to a parent...while maintaining a program that deters distribution of illegal, lethal drugs,” UMass said in a statement.

The Boston Globe reports that UMass is defending the program but is reviewing if campus police should require confidential informants to receive help for addictions and notify the parents of individuals involved in the program.

UW-Whitewater’s police chief told Campus Reform that the department is well aware of the risk associated with the program, which was implemented only a couple of years ago, and refuses to send students out into situations that are dangerous.

“Are their risks? Well there are inherent risks in dealing in the drug world no matter what you do, even as a purchaser in your quote-unquote private life, there are risks involved,” he said. “We certainly try to minimize those risks as much as possible.”

The Wisconsin school’s confidential informant program comes at no additional cost to the university, and students are not paid for their work. While these students will not have a drug offense conviction on their permanent record, a background check will still be able to uncover that they “came into contact” with the police department.

“It gives an individual who has put himself in a really bad position, an opportunity to come out at least with some possibility of recovery,” Kiederlen said.