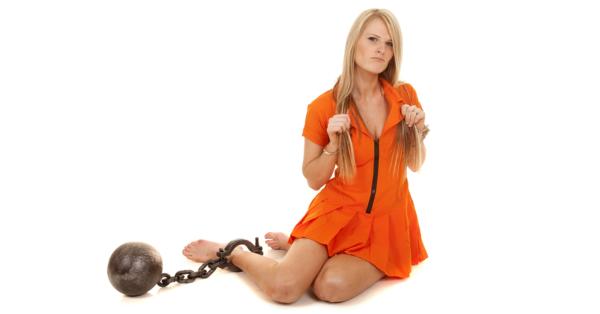 A mock jail philanthropy event at Northwestern University has been cancelled after students condemned the event for being “racist.”

Kappa Kappa Gamma and Zeta Beta Tau’s “Jail-n-Bail” event would require members of either Greek organization to be “held” in a certain area until they raised enough money to be “bailed out.” The funds raised were to be donated to Reading is Fundamental, a nonprofit children's literacy organization.

"[T]he fact that a group of wealthy Northwestern students are ‘playacting’ at being prisoners (most of whom are poor) is a blatant belittling of the realities of mass incarceration and the prison-industrial complex."

“You’re employing aspects, the orange jumpsuits, of an oppressive system that operates as a massive emcumbrance [sic] to the lives and literacy rates of black and brown children in these ‘underprivileged’ areas,” one student allegedly wrote on the group’s Facebook page.

In a letter to the editor, Ajay Nadig, a sophomore at the university, said the event was offensive to racial minorities and economically disadvantaged groups.

“[T]he fact that a group of wealthy Northwestern students are ‘playacting’ at being prisoners (most of whom are poor) is a blatant belittling of the realities of mass incarceration and the prison-industrial complex,” Nadig said.

“I’m just saying that the Greek system is 71 percent white,” he continued. “In a situation in which roughly 40 percent of incarcerated people in this country are black, ‘Jail-and-Bail’ leads to the same situation presented in my first point, except this time with regard to race.”

Nadig said he understood that some may see his comments as “oversensitive,” but argued the Greek system needs to be more aware of the racial undertones of their events.

“What we need to recognize is that the most pernicious instances of these awful things occurs when nobody in particular is to blame—rather, when a system at large is at fault,” he wrote. “It falls upon Greek life to be extra cognizant, not upon others to have thicker skins.”

In a statement to The Daily Northwestern, Zeta Beta Tau called the event an “error in judgment.”

“Following oversight of the racial and socioeconomic issues associated with a planned and registered philanthropy event, the brothers of Zeta Beta Tau decided to withdraw from the event as previously planned,” the fraternity said.

This would not have been the first year the two Greek organizations hosted the “Jail-n-Bail” event. According to a Facebook event page, the event also occurred in 2013.

Neither Kappa Kappa Gamma nor Zeta Beta Tau responded to requests for comment from Campus Reform in time of publication.

Northwestern University also did not respond to a request for comment from Campus Reform.