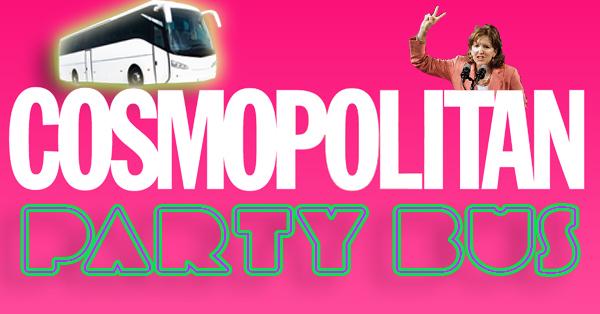 Cosmopolitan magazine will shuttle North Carolina State University students to and from the polls on Election Day in a party bus complete with models, snacks, and swag after endorsing Sen. Kay Hagan (D) in her quest for reelection.

Cosmo has only made endorsements in 10 races with all 10 endorsements being for Democratic candidates, including Hagan. In September, the magazine called her a “champion of choice,” “proponent of economic mobility,” and “supporter of marriage equality and the Violence Against Women Act.”

"The weight is on the students of North Carolina State University."

Cosmo announced NC State as the winner of the the #CosmoVotes Party Bus contest last week. The contest encouraged students to convince the magazine’s editors about how they plan to seriously encourage their peers to vote in the midterm elections.

According to the women’s magazine, sophomore Camden Willeford, associate director of publicity for the NC State’s student government, entered his university into the contest.

"This election is not a light matter here in NC," Cosmo says he wrote in his entry. "The weight is on the students of North Carolina State University."

“[T]he university doesn’t have anything to do with the visit from the magazine,” Frederick Hartman, director of university relations at NC State, told Campus Reform. “We aren’t involved in this.”

This year the magazine launched the #CosmoVotes campaign, “a new effort that will include candidate endorsements, stories on women-centric issues by a recently hired political writer, and a social media effort to get readers to the polls and be part of the ‘party of the year,’” according to POLITICO.

Real Clear Politics calls N.C.’s senate race a “toss up” between Hagan and her Republican opponent, Thom Tillis, with Hagan ahead by 1.2 points.