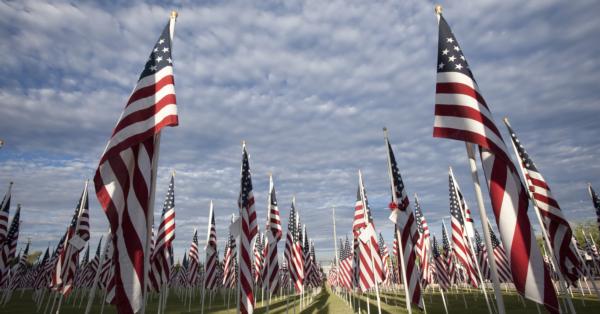 A religious freedom watchdog organization is suing the University of North Georgia (UNG) for praying to the ‘Christian God’ during a 9/11 memorial service.

The Military Religious Freedom Foundation (MRFF) says it is “dedicated to ensuring that all members of the United States Armed Forces fully receive the Constitutional guarantee of religious freedom.” Following the university’s 9/11 ceremonies, MRFF issued a complaint to UNG.

"Genuinely student initiated religious speech at events organized by student organizations on campus implicates both of our constitutional obligations."

“MRFF was notified that at the UNG Corps of Cadets 9/11 mandatory memorial service, an invocation was issued invoking the Christian god, religious messages were included during the body of the service, and a benediction was rendered again to the monotheistic patriarchal god of choice of the Catholic Campus Ministry. This was not an optional religious formation.”

MRFF later notified university officials on Oct. 20, of its intention to seek litigious options for the “illegal actions” demonstrated during the commemorative service.

“This letter is to notify you of our intent to remediate recurring issues at the University of North Georgia surrounding violations of the Establishment Clause of the US Constitution,” read MRFF’s letter to university President Bonita Jacobs. “After redundant attempts to seek compliance with constitutional law from the UNG Corps of Cadets leadership, we see no reason to feign hope that progress is being made.”

“Having recognized that the UNG Corps of Cadets is declining to align active Corps policy with the supreme laws of this country, as well as your personal guidance that ‘prayers shall not be included in University sponsored events’ we have decided to pursue media attention and litigious options.”

Jacobs and UNG administrators are confident in their defense against MRGG’s litigations, as the university didn’t plan the event, nor schedule the Corps Chaplain to conduct the prayer.

“The University, in order to comply with national laws and standards, at all school-sponsored events has removed the word ‘prayer,’...[r]ather ‘a time of reflection,’ is allowed for all present,” according to an article in The Vanguard, the student newspaper of UNG-Dahlonega.

According to TheVanguard, universities are obligated to abide by two specific clauses in the Constitution: first, the university is unable to censor student speech, and second, the university can’t endorse a single religion. Therefore, all religious activity must be student led.

University administrators say that despite UNG’s “traditional religious presence,” the event was not sponsored by the Corps of Cadets, but rather the Student Government Association.

“Genuinely student initiated religious speech at events organized by student organizations on campus implicates both of our constitutional obligations,” wrote Jacobs in a formal response to MRFF.

Jacobs also points out that although cadets were notified of the 9/11 memorial service, it was made clear that their attendance was optional, as well as their presence in the formation. He reiterates that the SGA was responsible for planning the invocation and benediction and for selecting the featured speakers.

“Despite the tone and substance of your letter, we remain open to working collaboratively to determine whether the information MRFF receives regarding our campus is accurate and to complying with our obligations under the law,” write Jacobs in the letter.

MRFF cited five other instances in which it believes the university violated the Constitution, including multiple former complaints from an MRFF staff member requesting the discontinuation of prayer at school events.

"Simply hearing another pray, burdens no one," Brett Harvey from the Alliance Defending Freedom told Campus Reform."Limiting the way a person is able to pray suppresses religious freedom. True freedom permits a prayer giver to choose for themselves how to pray, while permitting those to hear it the liberty to agree, disagree, or disregard."

UNG did not respond to requests for comment from Campus Reform in time for publication.

Update:In a response to Campus Reform, Blake Page from the MRFF clarifies that he supports private prayers but suggests the religious services should not be done through a public university. Page said such practices classify those practicing other religions as “second class citizens.”

“However, using a taxpayer funded institution to promulgate a single religion above all others is defying religious freedom. It does this by relegating members of all other religions, or none at all, to the position of a second class citizen.”

"We hope to see the University recognize that we do not at this time live under a Christian theocracy, and that no government funded organization has the right to utilize public funds in a manner which promotes religion. Pragmatically, we are demanding that UNG stop requiring all of their students to participate in religious ceremonies."