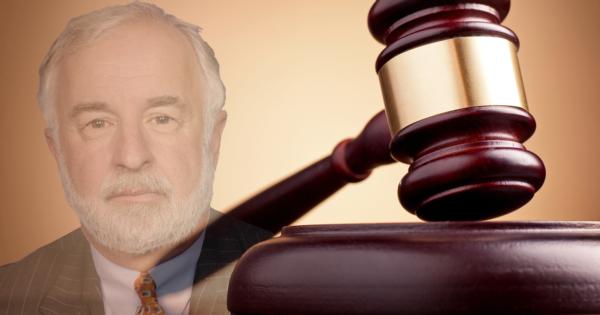 According to the complaint obtained by Campus Reform, SBU provided “improper and unreported contributions and expenditures” to Rep. Tim Bishop (D-N.Y.) and his campaign, Rep. Steve Israel (D-N.Y.), the Democratic Congressional Campaign Committee, and the New York State Democratic Committee.

The complaint was filed on Thursday, Oct., 30 by Laura Doukas, a junior at SBU, on behalf of her peers.

“[I]t’s not about politics, it’s about our money being used the wrong way,” she told Campus Reform.

As originally reported by Campus Reform, SBU promoted a campaign rally for Bishop, who is vying for reelection this year, through an administrative office’s email listserv to all students.

“This is not a matter of left or right, it is a matter of right or wrong,” Doukas told Campus Reform. “What we see here is that the policies of Stony Brook University and perhaps even federal law are being blatantly ignored.”

Doukas, a business major, also serves as the president of SBU’s College Republicans chapter. However, she said she is filing the complaint as a student, not as a member of the political organization.

“I'm certain people, regardless of their political affiliation, would find an occurrence like this to be unfair regardless if the candidate was a Democrat or Republican,” Doukas said. “I just hope that this report helps to make sure that something like this never happens again. Students and taxpayers do not deserve this.”

John Ciampoli of Sinnreich Kosakoff & Messina LLP, a Long Island, N.Y., law firm, is representing the students pro-bono. He told Campus Reform that his role is to make sure the complaint was written and filed correctly and to advise the students.

Ciampoli said college students and their parents shouldn’t expect their tuition money to go towards political rallies that are held at publicly rentable school facilities.

“Technically, that makes the university into a political committee if they spend more than $1,000 on a political campaign,” he said. “The DCCC or certainly Mr. Bishop’s committee received something of value, and they haven’t reported it, and that’s a violation of the law as well.”

As a former president of the New York Republican State Committee, Ciampoli said that he has a “great deal of feeling for young people that want to get involved in the process.”

Lee Zeldin, Bishop’s Republican opponent for New York’s 1st Congressional District, was also invited to SBU by the school’s College Republicans earlier in the semester. However, SBU did not provide Zeldin with the same amenities, which included a room for the event, a campus-wide email, or fliers, according to the FEC complaint.

“Our state’s campuses ought to be havens of free speech and intellectual debate. For a university to promote an incumbent and ignore his challenger is inexcusable,” David Laska, director of communications for the New York Republican State Committee, told Campus Reform Friday afternoon. “As a former college provost, Tim Bishop should know better. Does he side with free speech or SUNY’s exclusionary policies?”

Real Clear Politics has Bishop up 10 points over Zeldin.

SBU declined to comment to Campus Reform for this piece.