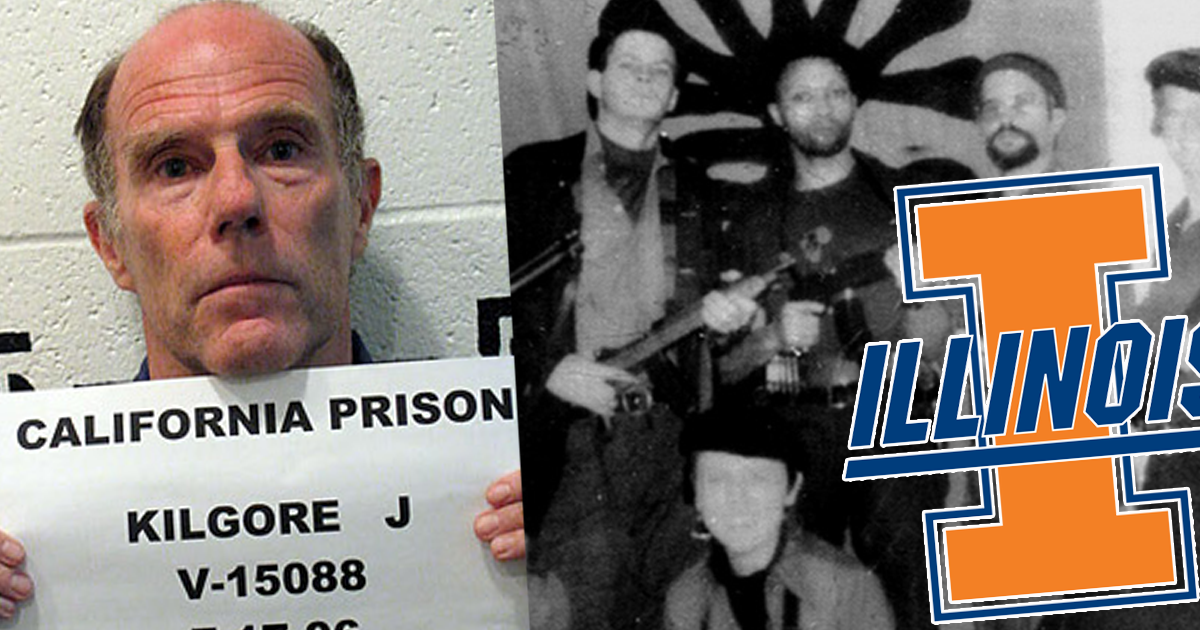 The University of Illinois (UI) at Urbana-Champaign is considering renewing the contract of a former Symbionese Liberation Army (SLA) terrorist and convicted murderer.

James Kilgore, a former member of the SLA—a left-wing revolutionary group that committed bank robberies, murders, and other violent acts—could possibly receive a renewed contract to teach at UI, according to The Daily Caller.

"He has been open about having felony convictions resulting from political activities in the 1970s and about having served time in prison."

Kilgore has worked the UI for four years but university administrators did not renew his contract for the upcoming 2015 school year, allegedly due to criticisms from local media outlets who did not want the former terrorist working in academia. However, the American Association of University Professors sent a letter to Chancellor Phyllis Wise on Tuesday, demanding administrators reconsider their decision.

Kilgore’s case is currently being reviewed by the university’s Board of Trustees,

Kilgore was involved in a 1975 bank robbery that resulted in the death of a customer and served a little over six years in prison for second degree murder.

However, Kilgore has received support from “Friends of Kilgore,” a group that has lobbied and created a Change.org petition on his behalf. The petition currently has 1,000 signatures.

“James Kilgore is a respected researcher, writer, educator and criminal justice activist,” reads the petition. “He has been open about having felony convictions resulting from political activities in the 1970s and about having served time in prison.”

Kilgore, who taught in UI’s African Studies Department, acquired his knowledge on the subject when he left the U.S. to avoid arrest in 1975 and obtained a position as a professor at the University of Cape Town in South Africa. Kilgore then changed his name to Charles William Pape, under which he published a textbook and three novels.

Kilgore was later captured and arrested in 2002. He successfully evaded arrest for 27 years.

Since then, Kilgore has not been discreet about his past. According to his interview with Inside Higher Ed in May, the former convict told UI’s program head “I hope that you’ve googled me,” when he first applied for a teaching position in 2011.

"My belief is, because of the nature of my case, it was the respectful thing to do to put all that out there," Kilgore told Inside Higher Ed.

Last February, the News-Gazette, a local paper, criticized the university for hiring the former convict, and published a series of three articles highlighting his criminal history.

“He is a convicted murderer, bank robber, ex-convict and terrorist who was linked to a string of California bombings that targeted, among others, police officers,” read the Aug. 9 article.

“Google the name James W. Kilgore, and you'll find hundreds of links to old news stories about his criminal history — from reviews of Hearst's memoir to the FBI news release announcing Kilgore's arrest,” the article said.

However, according to The Daily Illini, UI’s official student newspaper, a campus spokeswoman voiced support for his employment and asserts he wasn’t the one to fire the fatal shot that killed Myrna Opsahl, a mother of four, during the robbery.

“He does a great job. He’s very well-respected among students. He served his time in prison. He is very remorseful,” spokeswoman Robin Kaler said back in March in an interview with the Chicago Sun-Times. “He didn’t do the shooting. He is a good example of someone who has been rehabilitated, if you believe in second chances and redemption, he’s someone who helps prove that’s the human thing to do.”

“A child of the victim said he has served his time and should be allowed to go on with his life.”

Both Kilgore and UI did not respond to Campus Reform’s request for comment in time for publication.