Student gives up bras because they require women to ‘buy femininity’ 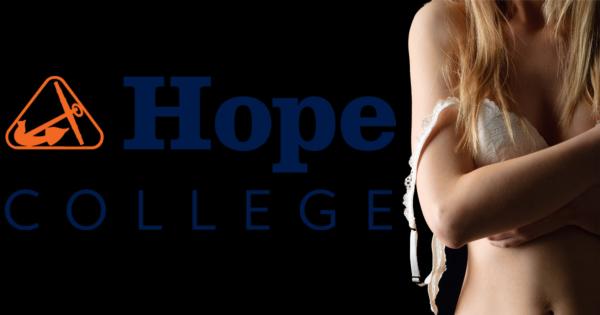 A college senior in Michigan has decided to forgo wearing bras in the name of consumerism.

Brittany Bernardi, who attends Hope College in Holland, Mich., wrote in her school’s student newspaper that she was giving up bras in order to buck “societal expectations” by “reclaiming [her] own body.”

"This change has been my own personal revolution against the intervening hand of societal expectations in my life."

“For me it was about principle, taking back my life from the consumer-based notions that I need to buy my femininity,” Bernardi wrote in The Anchor.

Bernardi said that she got the inspiration to ditch her bras when she thought about the argument “bras are sexy.” The college senior said she wondered if that meant the absence of bras was less sexy because it’s the “norm.”

“This change has been my own personal revolution against the intervening hand of societal expectations in my life,” Bernardi said. “In the same battle with deciding not to shave or not wearing makeup, my lack of a bra has been a reclaiming of my own body.”

So far, Bernardi has said that her only regret was that she did not get the opportunity to actually become a “bra-burning feminist,” although she did not say what she did with her undergarments after deciding they would no longer be of use.

Bernardi did not respond to requests for comment from Campus Reform.