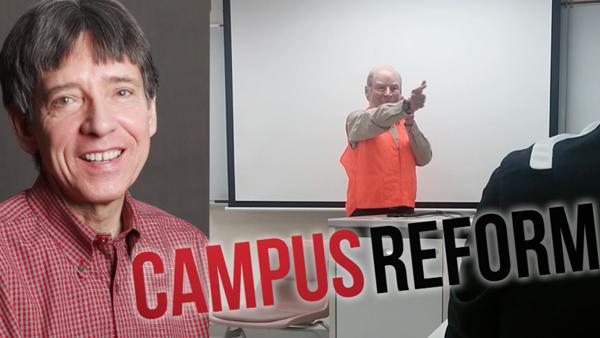 A political science professor dressed up as former-Vice President Dick Cheney (R) and pretended to shoot around the classroom.

In a video and photos obtained by Campus Reform, John Gruhl, a professor of political science at the University of Nebraska-Lincoln (UNL) donned an orange vest and Cheney mask and then pretended to shoot around his classroom.

"His costume, and subsequent remarks, were inappropriate for an institute of higher education.”

Some students in the classroom can be heard laughing at Gruhl’s antics.

“When Professor Gruhl walked in to the class on Halloween dressed as Dick Cheney, I felt as though he had overstepped his boundaries as an educator,” Matt Server, a freshman political science major told Campus Reform. “By dressing up, and in my eyes, mocking the former vice president, I felt that Professor Gruhl had gone to another level in his attacks on Vice President Cheney. His costume, and subsequent remarks, were inappropriate for an institute of higher education.”

Server told Campus Reform that although he respects his professor, he was disappointed in Gruhl’s “level of disrespect for a man I [also] admire.”

Gruhl’s costume debuted in his class on The Presidency, which covers the “[c]reation, development, structure, powers, and functions of the office of the President of the United States.” 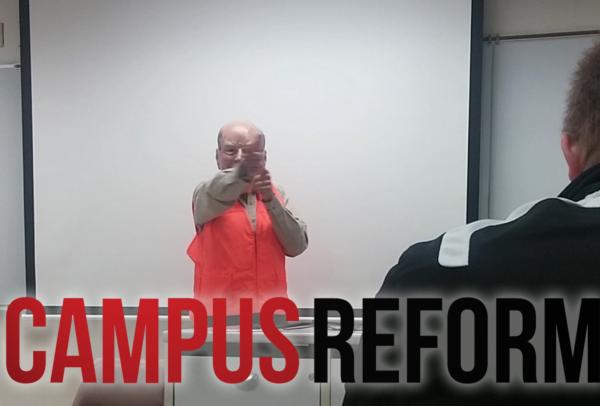 In a separate audio recording obtained by Campus Reform, Gruhl went on to critique Cheney’s policies by saying he “gave us a black eye around the world.”

“He was the driving force behind some of the biggest mistakes in the Bush administration,” Gruhl can be heard telling his students.

Gruhl blamed Cheney for wiretapping American citizens and the Bush tax cuts “which proved to be the single biggest factor in the government’s deficit and to this day a huge factor.”

Server told Campus Reform that Gruhl has consistently painted conservatives in a negative light throughout his class lectures.

Gruhl did not respond to a request for comment from Campus Reform.