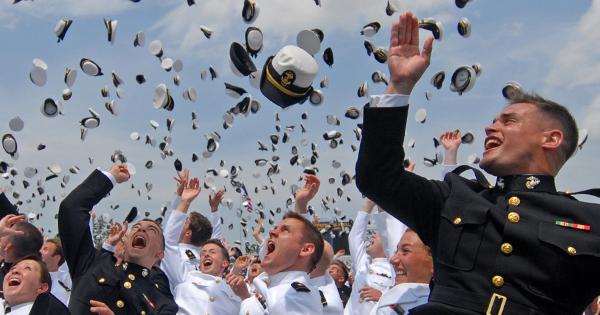 A U.S. Naval Academy professor of 28-years called for ending America’s military academies, claiming they are nothing more than “military Disneylands for tourists.”

English professor Bruce Fleming wrote an op-ed in Salon Monday arguing that the newly elected Republican majority in Congress should, instead of attempting to repeal Obamacare, focus on shutting down the country’s four military academies: West Point (army) in New York, the Air Force Academy in Colorado Springs, Colo., the Coast Guard Academy in New London, Connecticut, and the Naval Academy in Annapolis, Maryland.

"The service academies are all Potemkin villages, facades with nothing behind them: they don’t teach morals, they don’t make better officers, and they cost you a bundle."

Fleming claims that while the service academies once had a purpose, they are no longer relevant, are “underproductive,” and exist only to drain the pockets of the taxpayers.

“All the service academies have now to justify their cost and their pretensions, it seems, is their once-illustrious history, and the club of ‘tradition,’ which they wield mercilessly against students who dare question why things are as they are,” writes Fleming.

The professor claims that the main supporters of these institutions—which he alleges falsely boast having “the best and the brightest”—are parents who attended the academies themselves.

“[T]here’s one more group of people who defend these places to the death: the parents of the young military members who attend them. Why wouldn’t they?” asks Fleming. “Having their children admitted is a government-sponsored guarantee of a golden ticket to life: college at taxpayer expense with no student debts, the highest salary of any set of graduates, and guaranteed employment and (no-Obamacare-necessary) health benefits for at least five years, frequently well beyond. And no, most people in the military aren’t remotely likely to be shot at.”

In trying to correlate what he believes to be a hypocritical set of principles, Fleming taunts conservatives' disdain for social welfare, writing “the service academies are the most generous government giveaway going.” According to his op-ed, all the military academies care about is “funnel the money to us and don’t ask questions.”

“The service academies are all Potemkin villages, facades with nothing behind them: they don’t teach morals, they don’t make better officers, and they cost you a bundle,” writes Fleming. “Most fundamentally, they combine two incompatible goals: military obedience and the freedom to question offered by knowledge.”

Fleming concludes by clarifying that he is in fact “in support of [the academy’s] mission” but refers to himself as a “disillusioned former True Believer.”

“People fawn over you in your spiffy uniform in airports, and thank you ‘for your service.’ Liberals are scared to object for fear of seeming anti-military. And you’re the Ken dolls of the conservatives.”

Fleming has long been a tenacious critic of military practices. As reported by The Daily Mail and The Washington Post, the Naval Academy threatened to silence Fleming back in November after he made “disparaging comments about the school’s sexual assault prevention training.”