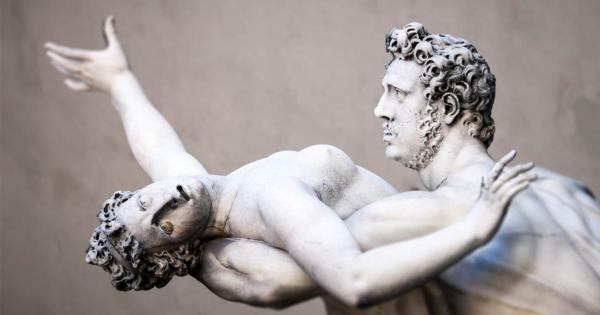 A male professor at the University of Texas at Austin has found the missing ingredient when discussing sexual assault—the patriarchy.

In an essay that appeared for about a day on Waging Nonviolence, a social justice news site, before it was removed, Robert Jensen blamed—in great detail—his concern about the lack of discussion and blaming of men and the patriarchy when discussing sexual assault.

“Taking rape seriously requires a feminist analysis of patriarchy, and that analysis takes us beyond rape to questions about how patriarchy’s domination/subordination dynamic structures our intimate lives, an inquiry that can be uncomfortable not only for those who endorse the dynamic but also for those who have accepted an accommodation with it,” Jensen said in his essay, which has since been republished on his own website.

Jensen opined that when talking about rape, it is paramount to discuss the socialization of men and their understanding of sex, power, and violence.

“Rape is a crime committed by individuals, of course, but it is committed within patriarchy, and if we were serious about reducing the number of rapes, we would be talking about the roots of that violence in patriarchy,” Jensen said.

According to Jensen, defining—or “narrowing,” as he called it— rape and rapists “deflects attention from other questions about patriarchy’s eroticizing of domination and the resulting rape culture.”

He also blamed the “mainstream voices” for discrediting feminists’ analysis of rape as “too radical.”

In his essay, Jensen critiqued the Rape, Abuse and Incest National Network (RAINN), the nation’s largest anti-sexual assault organization, for claiming that rape “is not caused by cultural factors but by the conscious decisions, of a small percentage of the community, to commit a violent crime.”

That analysis from RAINN appeared in a press release to a White House task force designed to improve colleges’ handling of sexual assault cases. RAINN’s release, which urged the federal government to improve criminal justice responses to campus sexual assault cases and for colleges to forgo internal judicial boards, drew harsh criticism from those claiming the non-profit misunderstood “rape culture.”

Jensen, who is a controversial tenured professor of journalism at UT, admits that he is a “winner” at “privilege roulette” as he is a white, middle-aged, American man married to a woman.

“I am not preaching from on high about this; I am a product of the same patriarchal culture and my work in feminism hasn’t magically freed me from the effects of that socialization,” Jensen wrote. “If anything, it’s made me more acutely aware of how easy it is to slip back into domination/subordination patterns, even when I’m trying to identify those behaviors and resist.”

In an email to Campus Reform, Jensen did not say why the original article was removed by the editors of Waging Nonviolence.

“I don’t believe there will be any serious progress toward eliminating men’s violence against women if we do not address the toxic notions about masculinity in patriarchy—masculinity understood as rooted in control, conquest, aggression,” Jensen told Campus Reform in an email. “Similarly, I think an analysis of the rigid, repressive, and reactionary gender norms in patriarchy should be at the foundation of any discussion about sex/gender.”

Jensen said that he’s been critiquing the eroticization of female subordination and male dominance for more than 20 years.