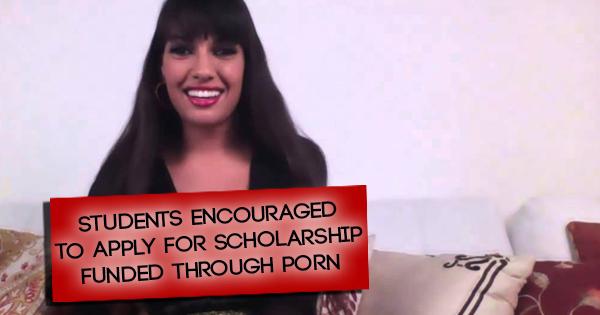 "While I may no longer work actively in engineering, the opportunity to take courses in the sciences allowed for a foundation in logic and reasoning which I might not have otherwise."

In January, Mercedes Carrera, an American pornographic actress, teamed up with the Fine Young Capitalists, a self-described radical feminist group, to create a merit-based scholarship for students considering careers in the aforementioned fields.

In addition to raising over $8,000 on the popular crowdfunding website Indiegogo, the three-hour live show generated $1,550 in tips, a figure matched by Webcams.com.

T-shirts and posters depicting Carrera as the Greek Goddess Athena and coffee mugs adorned with Gloria Steinem quotes were also made available for purchase on the scholarship’s Indiegogo page to generate funds.

Before entering the adult industry, Carrera worked as an aerospace engineer. Her belief that STEM degrees are particularly difficult to obtain is the reason she designated the scholarship for students entering those fields.

“While I may no longer work actively in engineering, the opportunity to take courses in the sciences allowed for a foundation in logic and reasoning which I might not have otherwise,” Carrera told GamePolitics.

The scholarship application will open in February and students will be required to submit their school transcript and a short essay articulating their reasons for applying.