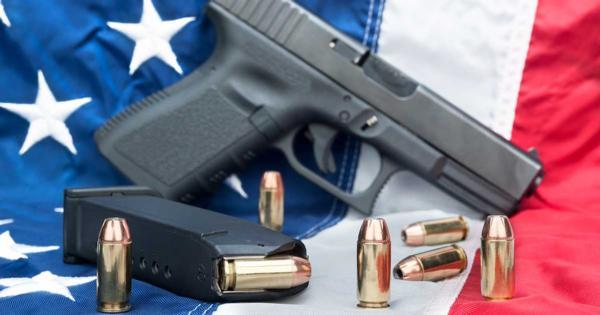 An Indiana lawmaker is pushing to arm college students against sexual assault on their campuses—with a firearm.

“Is it just that the college campus is somehow such a toxic environment that people go whacko when they cross the street onto the campus?”

"People that are committed to violent crime are not deterred by laws. It doesn't work," Lucas told the Indianapolis Star. "Making good people helpless will not make bad people harmless."

If passed, the bill would affect 29 public campuses in Indiana, including Indiana State University and Purdue University.

“Allowing licensed gun owners to carry on campus is the right thing to do,” Crayle Vanest, a senior political science and communication and culture major, told Campus Reform. “The first day of this semester, a rape was reported on Indiana University’s campus.”

IU-Bloomington is one of several dozens of schools under an investigation by the federal government for the mishandling of sexual assault cases.

“Indiana University has opposed allowing guns on campus in the past and our position has not changed,” Ryan Piurek, a spokesperson for IU-Bloomington, said in a statement to Campus Reform.

“Universities need to stop making us choose between an education and self-protection,” Vanest, who also serves as Indiana’s state director of Students For Concealed Carry, a student-run national organization that advocates for the right to conceal carry on college campuses, said.

Purdue, which already bans weapons on campus, remains staunchly against legislation that would allow for students to legally carry firearms on campus.

“Our primary concern is that a change to that policy could negatively impact the dynamics of our campus community and complicate the ability of police and other emergency personnel responding to situations in which multiple people could be armed,” John Cox, Purdue’s police chief, told Campus Reform in a statement. “We firmly believe that encouraging our campus community to be vigilant and aware of their surroundings and reporting suspicious activities to the proper authorities will do more to enhance campus safety than would permitting the wide-scale carrying of weapons."

In Indiana, residents may apply for a concealed carry permit at the age of 18. Background checks are required when issuing permits, which can last for four years or a lifetime.

“Most college students can get a permit and carry and I think that would send a tremendous message to the dirt-bags that might be thinking a college campus of a shooting gallery,” Larry Pratt, executive director of Gun Owners of America, told Campus Reform in an interview. “They would become the shooting gallery.”

Pratt pointed out that most objections to the legislation are conditional and those scenarios aren’t occurring off-campus.

“Is it just that the college campus is somehow such a toxic environment that people go whacko when they cross the street onto the campus?” Pratt said.

Rep. Thomas Dermody (R), who serves as the Chairman of Public Policy, told Campus Reform that he does not plan to take up the legislation.

“As Chairman of Public Policy, I have an obligation to thoroughly vet the legislation that comes before our committee and make informed decisions about the best course of action for Hoosiers,” Dermody said in a statement to Campus Reform. “A large part of that process occurs during the interim. Legislators are afforded additional time to study these topics and make recommendations to the General Assembly. Unfortunately, gun issues were not part of this process.”

Instead, Dermody said Indiana’s General Assembly focused its efforts on gaming issues over the summer. He said that he felt the Assembly’s responsibility was in focusing its attention on “legislation that has a large fiscal impact” on the state of Indiana.

“I will also place a high priority on those issues which we have been working on all summer—not issues as this, which seem to have appeared out of nowhere,” Dermody told Campus Reform.

However, this isn’t the first time Lucas has introduced this kind of legislation—he introduced a similar bill last session—and the lawmaker has vowed to not let the issue go for as long as he’s in office.

According to the Indianapolis Star, Sen. Jim Banks (R) introduced similar legislation in both 2012 and 2013; both bills died without a hearing.

In March 2014, Gov. Mike Pence signed a bill that allowed students to bring guns on campus as long as the weapons remained in students’ vehicles.

That same month, Idaho became the seventh state to allow its students to carry concealed on campus.

Lucas did not respond to a request for comment from Campus Reform in time for publication.