U-Va. sororities forbidden to attend fraternity parties over the weekend 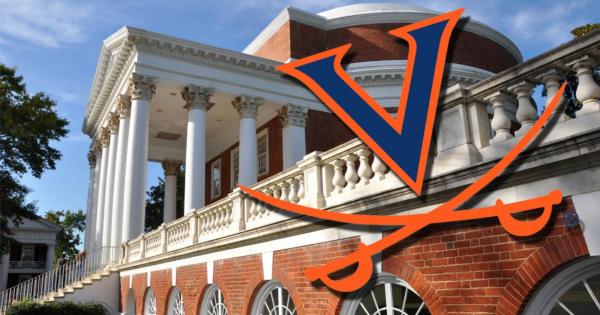 University of Virginia sorority women faced fines, suspension, or other penalties if they joined in fraternity merriment this past weekend.

In the wake of the debunked Rolling Stone article of a horrific gang rape of a female U-Va. student by members of a Cavalier fraternity, some national chapters instructed sororities to avoid fraternity parties over the weekend. Some chapters even instituted mandatory “in-house retreats” for their sorority sisters.

"We believe the activities on Men’s Bid Night present significant safety concerns for all of our members and we are united in our request that the sixteen NPC sororities not participate."

“I don’t understand where or when I signed up for an organization that encouraged women to hide from men,” Erin Dyer, a third-year student, told the Washington Post.

According to Ben Gorman, president of the Inter-Fraternity Council at U-Va., some sorority presidents mandated that their chapters avoid any and all social functions with fraternities—not just this weekend’s Boys’ Bid Night.

In a letter to the 16 National Panhellenic Conference (NPC) sororities on U-Va.’s campus, the national presidents of the organizations said that the safety of their members were their top priority.

“We believe the activities on Men’s Bid Night present significant safety concerns for all of our members and we are united in our request that the sixteen NPC sororities not participate,” the letter says.

ESPN’s College GameDay traveled to U-Va. this past weekend as the university's undefeated men’s basketball team took on Duke University. Sorority women were discouraged from attending parties to celebrate this event as well.

“Sorority organizations with chapters present on UVA [sic] campus, that are also NPC member organizations, collectively made the decision to not participate in men’s bid night events,” a statement from the National Panhellenic Conference said. “This directive from the sorority organizations and their inter/national presidents is intended to help uphold a NPC Unanimous Agreement of women not participating in men’s recruitment and address safety and risk management concerns associated with this tradition.”

An online petition calling for reversing the ban had over 2,000 signatures at time of publication.

“Instead of addressing rape and sexual assault at UVa [sic], this mandate perpetuates the idea that women are inferior, sexual objects,” the Change.org petition reads. “It is degrading to Greek women, as it appears that the NPC views us as defenseless and UVa's new fraternal policies as invalid. Allowing the NPC to prevent us from celebrating (what used to be) a tight-knit community, sends the message that we are weak.”

“The National Panhellenic Conference and its member national organizations arrived at this decision and issued relevant instructions to their chapters in Charlottesville pursuant to their own policies,” Sullivan’s statement says. “The University was not involved in this decision, and we consider this a matter between the national organizations and their local chapters here in Charlottesville.”

Meanwhile, U-Va. has hired an international security firm to patrol areas where popular bars and fraternity houses are located. These “ambassadors,” as the security guards are called, will help students call for a ride, walk home, or wait with them at bus stops. If students are too impaired, these ambassadors can call for emergency medical attention.

The ambassadors will begin work in Charlottesville, Va., on Monday, after the weekend’s festivities are already finished.