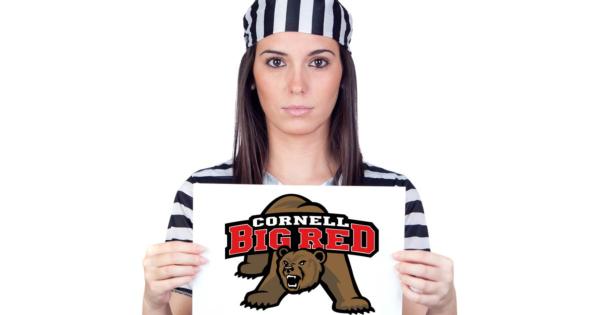 To what does Keri Blakinger, a convicted felon turned Ivy League graduate, attribute her success? White privilege, of course.

In 2010, Blakinger was arrested and charged with criminal possession of a substance in the second degree after police found her carrying an estimated $50,000 worth of heroin, among other illicit drugs. At the time, Blakinger was a senior at Cornell University finishing up a degree in English.

"White privilege got me out and to the Ivy League."

To avoid a decade-long prison sentence, the former heroin addict and daughter of two Ivy League graduates accepted a plea deal of two-and-a-half years behind bars. She was simultaneously suspended from Cornell and banned from campus.

“I had descended from a Dean’s List student to a felon,” Blakinger wrote in a recent op-ed for the Washington Post titled “Heroin addiction sent me to prison. White privilege got me out and to the Ivy League.”

“[I]nstead of a decade behind bars and life grasping for the puny opportunities America affords some ex-convicts, I got a second chance,” she wrote. “What made my quick rebound possible? I am white.”

According to Blakinger, a freelance writing position she landed after leaving prison and her eventual readmission to Cornell were made possible because of her skin color.

“Second chances don’t come easily to people of color in the United States,” she wrote, adding that “when you are white, society offers routes to rebuild your life.”

While in prison, Blakinger says she routinely witnessed black inmates being “hassled” by correction officers and sent to solitary confinement for “trivial rules violations.”

“It was prison that clued me in to just how much I benefit from systemic racism in our society,” she wrote. “Until then, I hadn’t thought much about white privilege, which is exactly how privilege works—as a white person, I could ignore it.”

Blakinger admits that factors apart from her race played a role in the leniency of her sentence and permission to return to Cornell.

“I was arrested in Tompkins County, a liberal jurisdiction with long-standing commitment to alternatives to incarceration and progressive sentencing,” she explains. “In another stroke of luck, New York rolled back parts of the notorious Rockefeller Drug Laws the year before my arrest.”

In addition to submitting letters of recommendation from her parents, parole officer, and former professors, Blakinger had to convince Cornell’s judicial administrator that she’d changed her behavior and wouldn’t regress.

“It’s impossible to know if a black or brown student in the same circumstances would have been allowed back in. But I think it’s likely,” she admits.

Blakinger graduated from Cornell in December 2014. She is currently working on a memoir titled IV League about her addiction, incarceration and the criminal justice system.