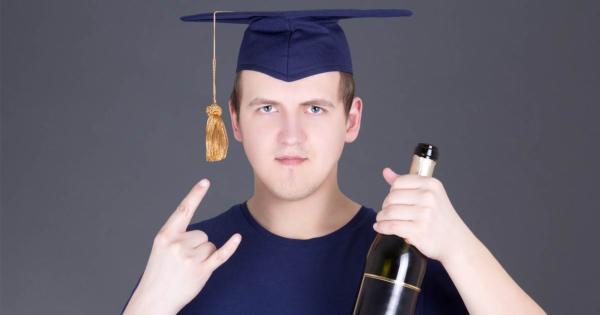 In an attempt to crack down on campus sexual assault, Ramapo College is imposing some strict regulations on students’ alcohol intake and partying.

The new policy, which goes into effect this semester, will fine students $400 if they need emergency medical attention because of intoxication. Students will be fined $500—and potentially be evicted from on-campus housing—if they host a party that includes excessive drinking. Ramapo students could also be fined if minors are caught drinking alcohol at a party that they host.

“No matter what, people will drink. But if they feel they will get in trouble or pay more in fines, people can end up dead.”

According to The Record, many Ramapo students believe the new policy only encourages people not to seek medical attention if they have consumed too much alcohol and could do more harm than good.

“No matter what, people will drink,” Amanda Tornese, a Ramapo student, told The Record. “But if they feel they will get in trouble or pay more in fines, people can end up dead.”

Students told the newspaper that the new policy will force parties off-campus and could lead to more students driving while under the influence. More than 1,000 students have signed an online petition that is sponsored by the school’s student government that calls for the retraction of the policy; several students have staged on-campus protests.

The New Jersey school says the new policy is in response to an alleged sexual assault that occurred in Nov., and due to the amount of Ramapo students who end up seeking emergency medical attention due to their excessive alcohol intake.

Five Ramapo students are currently being investigated for their participation in an alleged sexual assault that occurred last semester. Students Christian Lopez and Nakeem Gardner, have been charged with first-degree aggravated sexual assault for allegedly taking turns raping an unconscious 19-year-old student in a dorm.

Three others have been charged with encouraging the alleged attack. All five students are no longer on campus as Gardner, 19, remains in jail on a $275,000 bond.

Prosecutors in the case say they have a video which shows that Lopez walked into a room with the woman and left before Gardner walked into the room. The video showed other students looking on while laughing.

Earlier in the semester, Dartmouth College in New Hampshire banned all hard alcohol in an attempt to curb “extreme behaviors.”

Ramapo officials did not respond to a request for comment in time for publication.