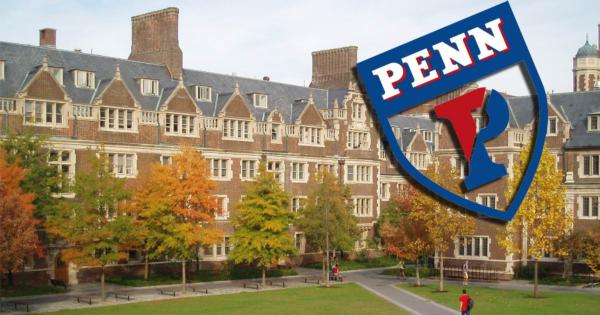 More than a dozen law professors at the University of Pennsylvania have signed an open letter vehemently denouncing the school’s new sexual assault policy, claiming it disregards due process.

“Although we appreciate the efforts by Penn and other universities to implement fair procedures, particularly in light of the financial sanctions threatened by [the Office of Civil Rights], we believe that OCR’s approach exerts improper pressure upon universities to adopt procedures that do not afford fundamental fairness,” the letter states. “We do not believe that providing justice for victims of sexual assault requires subordinating so many protections long deemed necessary to protect from injustice those accused of serious offenses.”

"[W]e believe that OCR’s approach exerts improper pressure upon universities to adopt procedures that do not afford fundamental fairness."

“We also believe that, given the complexities of the problem, OCR’s process has sacrificed the basic safeguards of the lawmaking process and that those safeguards are critically necessary to formulate sound regulatory policy,” the 16 professors also said in the letter.

The 16 professors represent nearly one-third of the tenured or tenure-track faculty at UPenn’s Law School.

According to Philadelphia Inquirer, UPenn’s new policy establishes a new sexual violence investigative officer at the Ivy, who will be responsible for investigating instances of sexual assault on UPenn’s campus. Christopher Mallios, a former member of the Philadelphia District Attorney’s Office, will oversee the position.

Accused students will be allowed to have legal counsel, but that counsel will not be able to argue on students’ behalves during campus trials.

“As law teachers who instruct students on the basic principles of due process of law, proper administrative procedures, and rules of evidence designed to ensure reliable judgments, we are deeply concerned by these developments and take this opportunity to express our views in this expanding national debate,” the faculty members wrote.

The professors cited five specific issues in their letter: colleges aren’t doing enough to “reduce the frequency” of campus rapes; colleges must be able to properly protect victims while providing the accused with a fair trial; the ambiguous Title IX requirement that allows for colleges to handle rape instead of “professional lawyers or judges;” the actual legality of some of OCR’s requirements for colleges; and the lack of a transparent, “formal lawmaking process.”

While UPenn isn’t the only school to establish a Title IX officer—or sexual violence investigative officer—other schools have been attempting to eradicate campus sexual assault in a variety of failed ways.

Columbia University, an Ivy in New York City, is now requiring its students to participate in an activity, which could be a dance, flash mob, or poetry writing, and relate it back to campus sexual assault, before they can register for classes or receive diplomas.

Ramapo College in N.J., told female students during an orientation session to make an ugly face in order to avoid being raped. More recently, the college decided to levy heavy fines on students who are caught heavily drinking or seeking medical attention for excessive alcohol consumption in an attempt to curtail sexual assault linked to drinking.

A university-funded event at Arizona State University taught men to take their friends out for tacos if they are out drinking and fear one of them would take a girl home to rape her.