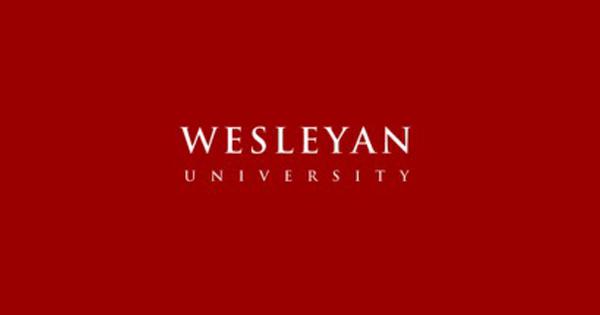 A fraternity at Wesleyan University has sued its school for discrimination after administrators announced a policy requiring all residential fraternities transition to co-ed organizations within the next three years.

Brothers and alumni of Wesleyan’s Delta Kappa Epsilon fraternity are pushing back against the Connecticut school after learning its decision would prevent students from choosing on-campus single-sex fraternities as a housing option in the upcoming 2015-16 school year.

"They are willing to allow other diverse groups to live with the same sex. They are singling us out as a fraternity on campus.”

“Wesleyan embraces every other person’s right to live together based on gender, race, creed or sexual affiliation, but with the coeducation mandate in the fall this seems to not apply to us… Discrimination is wrong no matter what form it takes, and the university has unfairly singled us out in order to achieve their brand of ‘diversity,’” Terence Durkin, President of DKE, said in a statement published by The Wesleyan Argus.

In September 2014, the university released a statement peddling the policy as a move to create “a safe residential learning environment where all students can experience the freedom of a transformative education.”

“We take this responsibility seriously. Therefore, in addition to taking action against individuals found to have perpetrated a violent act, any campus-based organization that has sponsored events that create conditions with a higher risk of violence, including sexual assault, also will be held accountable,” wrote Wesleyan’s President Michael Roth.

The university’s co-ed housing mandate came just months after Wesleyan made national news for on-campus allegations of sexual assault. In response to the allegations, students issued a call to action urging the university to “redact its current endorsement of male-exclusive residential Program Houses.”

“Because fraternities are male-exclusive and the possessors of some of our campus’s largest party spaces, they explicitly and implicitly cultivate a gender-based power dynamic that privileges men, the hosts, over women, who are among the guests,” students wrote in the letter.

To preserve their brotherhood and a gender-specific housing option for future students, DKE has requested a temporary injunction from the Superior Court in Middletown, Conn. on the basis of sex discrimination.

"I think discrimination is wrong no matter what form it takes," DKE chapter President Terence

Durkin told the Hartford Courant."They are willing to allow other diverse groups to live with the same sex. They are singling us out as a fraternity on campus.”

According to the Courant, DKE stated in its formal complaint that fraternity members were “making progress toward that coeducation goal” and had already discussed a partnership with one sorority on campus.

While the university has moved to eliminate single-sex fraternities as a housing option for undergraduates, students can still live in the Women of Color house, described as a “a resource and a meeting place for women of color on campus;” the Earth House, a “respectful space to connect political action with the culture and philosophy of environmentalism;” or the Open House for LGBTQ students.

A spokesman for DKE’s alumni chapter told CBS Connecticut that the school’s decision is a case of “political correctness gone wrong.”