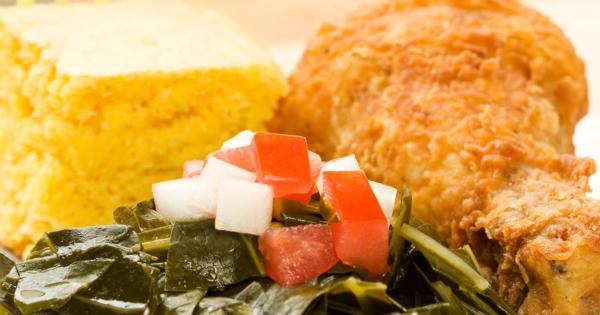 A Black History Month menu featuring fried chicken, cornbread, and collard greens beneath a picture of Martin Luther King, Jr. did not sit well with students and faculty at Wright State University.

In a campus-wide email sent last Thursday, university president David Hopkins apologized profusely to WSU students and staff who were offended by the dining hall’s options. Hopkins also stressed the university’s allegiance to diversity and highlighted its decision to host the Phoenix Project, a three-part film series chronicling the Civil Rights era.

“I apologize to anyone hurt by the display,” Hopkins wrote, adding that “to our credit, the menu was quickly removed. But the larger question remains: Why was it done? I will find out. We will take steps to prevent this kind of behavior occurring in the future.”

According to the Dayton Daily News, soon after the menu was displayed inside WSU’s student union Wednesday evening, students began posting pictures on social media condemning it.

Chartwells Higher Education Dining Services, a food service provider under contract with WSU, issued its own statement admitting that it “could have done a better job putting this in context of a cultural dining experience.”

“Chartwells celebrates many national events on campus and tries to provide authentic and traditional cuisine to reflect each theme,” the company said in its statement. “In no way was the promotion associated with Black History Month meant to be insensitive…We sincerely apologize.”

Billy Barabino, a WSU senior and president of the university’s Black Student Union, told the Dayton Daily the menu was “a knock in the face for African [and] African-American individuals who have fought for us to be progressive.”

“I was extremely offended by it because it minimizes who we are as a people,” Barabino said.

Although administrators eventually requested that Chartwells turn off the TV screens displaying the menu, some questioned the university’s decision to abandon the menu.

Why is everyone upset about the WSU menu? Fried chicken, mashed potatoes, and cornbread for only $6.04!! That's a good deal!!

If Wright state was a HBCU would that menu be a big deal still?