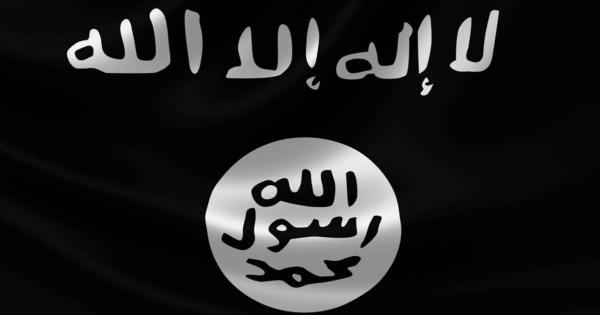 Two American academics are the targets of ISIS terrorists as their pictures have appeared in a recruitment magazine calling for those who condemned the Charlie Hebdo attacks to be killed.

Dabiq, the online magazine used as propaganda and recruitment for the terrorist group, claimed that there would be a “reward” in the afterlife for those who killed apostates.

ISIS does not represent my faith, their actions are in contradiction to my faith, and I'm appalled at what they are doing in the name of my faith.

“There is no doubt that such deeds are apostasy, that those who publicly call to such deeds in the name of Islam and scholarship are from the du’?t (callers) to apostasy, and that there is great reward awaiting the Muslim in the Hereafter if he kills these apostate im?ms…” the magazine says on page 60 of those who defend Charlie Hebdo or promote the slogan “Je Suis Charlie” created in the aftermath of the violent slaying of the Charlie Hebdo reporters and cartoonists.

While the article does not specifically mention names, pictures of Yasir Qadhi (also spelled Kazi), an assistant professor at the private Rhodes College in Memphis, Tenn., and Hamza Yusuf, president, cofounder, and senior faculty member of Zaytuna College in Berkeley, Calif., accompanied the piece.

The magazine, titled “From Hypocrisy to Apostasy: The Extinction of the Grayzone,” includes violent and graphic images. It was released Feb., 15.

"ISIS does not represent my faith, their actions are in contradiction to my faith, and I'm appalled at what they are doing in the name of my faith," Qadhi, who has been outspoken about the threat, told a local NBC affiliate.

"I was one two clerics that they targeted in their latest magazine, two American clerics, and basically called for my assassination," he said. "And they have said this is an act of worship.....that if somebody kills me, God is going to reward them."

Yusuf is also the advisor to Stanford University’s Program in Islamic Studies and the Center for Islamic Studies at Berkeley’s Graduate Theological Union, according to his public Facebook page.

Speaking with Inside Higher Ed, Qadhi, who also works at the Memphis Islamic Center, said the magazine was potentially targeting him due to his public condemnation of the January terror attacks on the French satirical publication, Charlie Hebdo.

"The damage and harm these killers have done to Islam is many times more than any potential damage by the cartoonist,” Qadhi said. “These people have harmed the image of my prophet more than the cartoonist.”

Qadhi has also been critical of what he perceives as a double standard in the way the Western world mocks specific groups. He said that while the West does not condone the mocking of 9/11 victims or people with disabilities, Islam is fair game.

According to his Rhodes faculty bio, Qadhi graduated with a degree in chemical engineering from the University of Houston before studying classical Islamic sciences at the Islamic University of Medina in Saudi Arabia. He also received his second bachelors in Hadith Studies and a masters in Islamic theology from Medina.

Qadhi also has an M.A., and M.Phil., from the Department of Religious Studies at Yale University.

Qadhi went from Medina to Yale as he realized he identified as an American who wanted to practice life as a Muslim in the United States after 9/11, an event he called a “wake-up call” for himself, according to Inside Higher Ed.

Qadhi was initially informed of the threat by the FBI and was told to take extra precautions, but said he is no stranger to threats as he’s been the subject of attacks by the “American Far Right” in the past.

“I guess getting death threats from the Far Right and from ISIS should be a good sign, as that indicates I'm in the middle, and hopefully those threats will cancel each other out,” he said in a statement on his public Facebook page. “Ironically, both groups also demonstrate how blinded they are in their own ways, and how hard their hearts have become.”

Yusuf’s Facebook page has not mentioned the threats from ISIS.

ISIS has also recently threatened to kill the founder of the social networking site Twitter and its employees.

Neither Qadhi nor Yusuf responded to a request for comment from Campus Reform in time for publication.