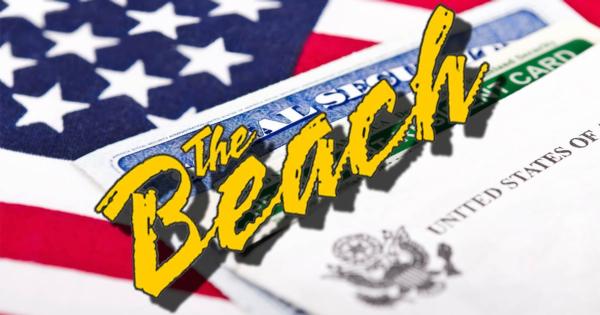 Forget multicultural or women’s centers, a public university in California is debuting a new center for students residing in the country illegally called the “Dream Success Center.”

The center will open Monday at Cal State Long Beach (CSULB) inside the university’s student union and is the fourth center of its kind within the CSU system. Currently, Cal State Northridge, Cal State Fullerton, and Cal State Los Angeles offer similar resources for illegal immigrants on their campuses.

"...[I]t can signal a welcoming environment and a place of academic and personal support."

Students visiting the center will be provided with a number of tools ranging from academic counseling and guidance on career development to information on how to secure financial aid. According to the Long Beach Press-Telegram, students will also have computers available for their use within the center.

“That’s why I think a dream resource center is extremely important, because I feel like through there, those things can be clarified,” Hernandez told the Press-Telegram last Mayduring talks with the university about the center’s creation.

“A center serves as not only a physical space dedicated to their unique needs as students but as a commitment from the university to prioritize student success,” said Edgar Romo, who will serve as the center’s full-time Dream Success coordinator.“For those looking to attend California State University, Long Beach, it can signal a welcoming environment and a place of academic and personal support.”

According to university documents, Romo is an ally of AB 540, a state law passed in 2001 enabling illegal alien graduates of California high schools to pay in-state tuition rates at designated public universities throughout the state. California is one of 21 states which offer similar “tuition equity” benefits to undocumented students.

According to a press release, “TheDream.US will provide college scholarships that will enable over 2,000 highly motivated, low-income DREAMers to graduate with career-ready college degrees” over the next decade. Those scholarships will be funded by $25 million raised through various contributions to the organization.

“What I got from one of the speakers at the opening is that they had to move several offices that were already located there to accommodate the new center,” Moto told Campus Reform. “[Undocumented students] already have resources at their disposal and what this school does is divide every single student into a segment of a demographic--they have a resource center for women, LGBT students--the biggest issue is they’re giving special treatment in a way.”

According to Moto, students at CSULB currently pay nearly $250 per semester in student fees. The UC and CSU system is set to increase those fees in the 2015-2016 academic year.

Moto, who serves as chairman of the university’s College Republicans chapter, says his organization will take action to expose the unfair use of tuition dollars and student fees to fund the Dream Success Center.

“We plan to contact the Board of Trustees to have this repealed or at least stir up some conversation and allies,” Moto said.

California is one of the only states to offer individual state-funded student aid, up to $20,000, to students residing in the country illegally. In February, Democratic lawmakers in the state proposed a separate work-study program to expand the types of financial assistance available to such students.