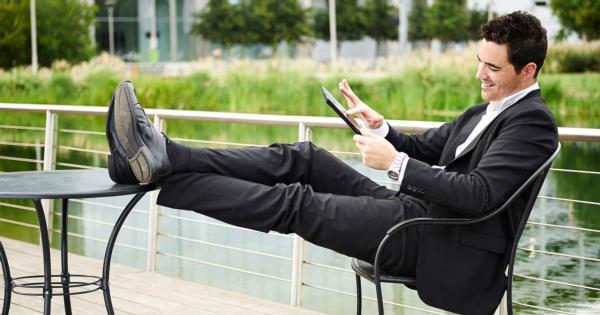 Millennials may be the most educated generation in U.S. history, but they are from global leaders when it comes to basic skills sought by employers.

According to researchers at Princeton University’s Educational Testing Service (ETS), American Millennials, ages 16 to 34, demonstrated severe incompetence when compared to their international peers.

“If our future rests in part on the skills of this cohort… then that future looks bleak.”

The comprehensive new study measured the literacy, numeracy, and problem solving skills in technology-rich environments of American Millennials compared to individuals of the same age in 22 countries including, but not limited to Japan, Australia, Canada, Italy, Spain, Germany, France, and the United Kingdom.

According to the data, U.S. Millennials scored lower than 15 of the 22 participating countries in literacy and ranked last in numeracy, along with Italy and Spain. Millennials’ problem solving skills in technology-rich environments also proved inferior with the U.S. ranking last among Ireland, Poland, and the Slovak Republic.

“We really thought [U.S.] Millennials would do better than the general adult population, either compared to older co-workers in the U.S. or to the same age group in other countries… but they didn’t. In fact, their scores were abysmal,” Madeline Goodman, an ETS researcher who worked on the study, told Fortune.

Despite a record number of U.S. Millennials pursuing higher education, those with college degrees still struggled to demonstrate the skills most employers wish to see.

The study found that Millennials in the U.S. who earned four-year bachelor’s degree scored higher than just two countries: Poland and Spain. Similarly, U.S. Millennials with a master’s or research degree “only scored higher than their peers in Ireland, Poland, and Spain” and those whose highest level of education was high school or less scored lower than their counterparts in nearly all other countries featured in the study.

“While it is true that, on average, the more years of schooling one completes, the more skills one acquires, this report suggests that far too many are graduating high school and completing postsecondary educational programs without receiving adequate skills,” Irwin Kirsch, ETS’ director of the Center for Global Assessment, wrote in an introduction to study.

According to Kirsch, the study’s findings should prompt a rigorous assessment of America’s educational system and “shift the conversation from one of educational attainment to one that acknowledges the growing importance of skills and examines these more critically.”

“As a country, we need to confront not only how we can compete in a global economy, but also what kind of future we can construct when a sizable segment of our future workforce is not equipped with the skills necessary for higher-level employment and meaningful participation in our democratic institutions,” said Kirsch.

Participants of the study were asked questions akin to the Scholastic Aptitude Test (SAT) for college admissions including interpreting graphs and charts to measure numeracy and analyzing reading passages to gauge literacy.

According to researchers who conducted the study, the large percentage of young adults who failed to deliver accurate answers reveals a generation whose problem-solving capabilities are limited since they struggle to “identify, interpret, or evaluate one or more pieces of information.”

“The comparatively low skill level of U.S. Millennials is likely to test our international competitiveness over the coming decades,” states the study. “If our future rests in part on the skills of this cohort–as these individuals represent the workforce, parents, educators, and our political bedrock–then that future looks bleak.”