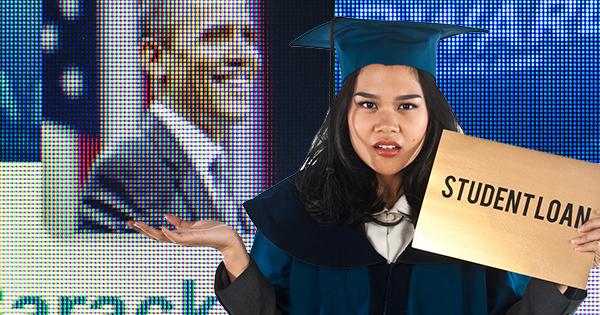 On Tuesday, President Obama unveiled plans for a Student Aid Bill of Rights which he claimed would lessen the burden of school loans felt by college students.

With his announcement, Obama insisted that federal agencies enact measures to make it easier for college students to finance their schooling. One specific step listed by Obama was an order that would direct the Secretary of Education to create a “state of the art complaint and feedback system.” This system would serve as a way for students to quickly detail and file any grievances they have towards the federal financial aid system.

"We can and should do much more to give students affordable ways to meet their responsibilities and repay their loans."

According to the White House press release, President Obama declared that "[w]e can and should do much more to give students affordable ways to meet their responsibilities and repay their loans."

One way Obama's new order seeks to do this is by increasing transparency between borrowers and lenders. Furthermore, student loan performance and borrowing trends will be monitored with the creation of a new task force.

The order is potentially groundbreaking in that it offers students the possibility to discharge student debt via bankruptcy. For years, lenders have sought to restrict the loosening of bankruptcy standards for student loans, but supporters of President Obama's executive order claim that students should have bankruptcy as an option.

Opponents of the measure include House Speaker John Boehner, who claimed the directive would only "push more families into the borrowing system."

Speaker Boehner went on to say "while ‘enhancing’ the borrowing experience is all well and good, our goal should be helping parents and students avoid it as best they can.”