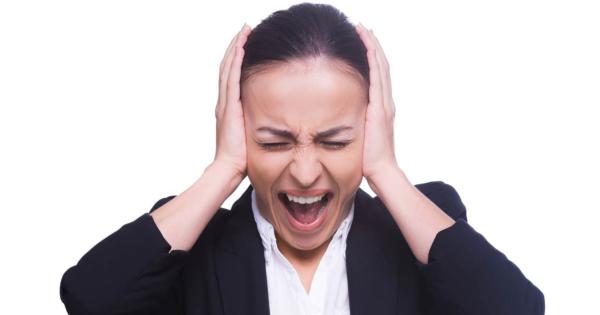 White people suffer from "white fragility" if they feel they've been oppressed in some manner or aren't racist, Westfield State University professor Robin DiAngelo claimed in a recent interview.

DiAngelo defines “white fragility” as the “inability to tolerate any kind of challenge to [their] reality”—which comes from “a deep sense of entitlement.” DiAngelo, who is white, called this mentality a “frustrating dynamic” that she doesn’t have patience for.

"We are born into a racial hierarchy, and every interaction with media and culture confirms it—our sense that, at a fundamental level, we are superior."

“And white fragility also comes from a deep sense of entitlement,” DiAngelo said in an interview with Sam Adler-Bell of Raw Story. “Think about it like this: from the time I opened my eyes, I have been told that as a white person, I am superior to people of color. There’s never been a space in which I have not been receiving that message. From what hospital I was allowed to be born in, to [sic] how my mother was treated by the staff, to who owned the hospital, to who cleaned the rooms and took out the garbage. We are born into a racial hierarchy, and every interaction with media and culture confirms it—our sense that, at a fundamental level, we are superior."

Raw Story criticized Tal Fortgang, a Princeton student who wrote an editorial last year on why he was offended by the “check your privilege” movement—both of his grandparents are Holocaust survivors.

“And, the thing is, it feels good,” she continued. “Even though it contradicts our most basic principles and values. So we know it, but we can never admit it. It creates this kind of dangerous internal stew that gets enacted externally in our interactions with people of color, and is crazy-making for people of color. We have set the world up to preserve that internal sense of superiority and also resist challenges to it. All while denying that anything is going on and insisting that race is meaningless to us.”

DiAngelo is an associate professor of multiculturalism at Westfield, a public institution in Massachusetts. Her research focus is in U.S. race relations, critical whiteness studies, and anti-racist education, according to her Westfield faculty page.

“Of course it functions as means of resistance, but I think it’s also useful to think about it as fragility, as inability to handle the stress of conversations about race and racism,” DiAngelo said of white people, specifically those who engaged in conversations about privilege, white supremacy, and racism once the Black Lives Matter movement began, according to Raw Story.

“For white people, their identities rest on the idea of racism as about good or bad people, about moral or immoral singular acts, and if we’re good, moral people we can’t be racist—we don’t engage in those acts,” DiAngelo continued in her interview. “This is one of the most effective adaptations of racism over time—that we can think of racism as only something that individuals either are or are not ‘doing.’”

In her Raw Story interview, which was first reported on by Pundit Press, DiAngelo criticized white people for, as she said, “confusing” comfort with safety. She claimed that when people of color call out white people for their inherent racism, white people say that they feel unsafe, when they really mean they feel uncomfortable.

“One of the things I try to work with white people on is letting go of our criteria about how people of color give us feedback,” DiAngelo said. “We have to build our stamina to just be humble and bear witness to the pain we’ve caused.”

“In the course of my work, I’ve had many people of color give me feedback in ways that might be perceived as intense or emotional or angry,” she continued. “And on one level, it’s personal—I did do that thing that triggered the response, but at the same time it isn’t only personal. I represent a lifetime of people that have hurt them in the same way that I just did.”

DiAngelo said that she is not “outside of anything” that she teaches as there are no white people who are done learning about oppressive and racist tendencies of Caucasians.

UPDATE: A previous version of this article incorrectly attributed criticism of Holocaust survivors to Prof. DiAngelo. It was the author of the story, Sam Adler-Bell, who was criticizing Fortgang's essay, not Prof. DiAngelo.