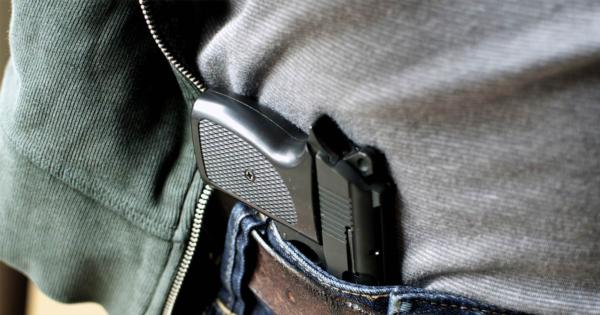 Allowing concealed carry on campus will only perpetuate rape culture, according to the University of North Carolina’s The Daily Tar Heel's editorial board.

In an editorial published on Monday, the student newspaper criticized the school’s Students for Concealed Carry organization and claimed that the school’s student group “took advantage of the national dialogue on sexual assault to push their own agenda.” According to the editorial board, concealed carry would only further place the blame for sexual assault on victims.

"I do not think the right to concealed carry should be limited nor does it promote rape culture."

“Like other items on the list of measures that would supposedly prevent attacks, guns would not address the causes of sexual assault,” the editorial board wrote.

“Even worse, they could reinforce rape culture because the burden of stopping assault would be further placed upon women.”

“To reduce sexual assault, focus should be maintained on preventative programs that challenge rigid gender roles and promote healthy relationships as well as intervention trainings that teach peers to be active bystanders rather than on measures that will not solve the problem,” the editorial wrote.

“I understand how the writer of the article might think that, but I grew up in an area where it was the norm to keep a gun in the glove box or for middle and high school students to practice marksmanship after school,” Allen said. “Gun ownership was out in the open, not pushed to black market channels. It lead to open communication about safe habits and the responsibility that comes with gun ownership.”

“I believe there needs to be more education in society about the weight and responsibility of gun ownership, but I do not think the right to concealed carry should be limited nor does it promote rape culture,” Allen said.

“If anything, taking choices away from women actually perpetuates rape culture,” Crayle Vanest, the Midwest Regional Director and national board member for Students for Concealed Carry, told Campus Reform in an interview.

Vanest criticized the feminist narrative that schools and society should “teach men not to rape.”

Vanest, who is also a senior political science and communication and culture major at Indiana University, also dismissed the claim that SCC has “hijacked” the conversation on campus sexual assault.

“This has been a part of our dialogue since at least 2010, and these Title IX investigations have only been going on for a couple of years, so we aren’t hijacking anything,” she said. “This has always been a natural part of our argument.”

Thomas Rees, a senior at the school in Chapel Hill, told The Daily Tar Heel that students with concealed carry permits could help make the campus of more than 29,000 students safer.

“The bad guys would catch on and realize they can’t just rape or mug or murder whoever they want,” Rees told the student newspaper in a separate article last week. “They’d know a lot of people have firearms, and they’re going to fight back.”

According to UNC’s Students for Concealed Carry’s university website, the student group aims to educate their peers on the uses of firearms, including self-defense, through political activism. The student group is part of a national, non-partisan organization.

Gun owners in the state of North Carolina are allowed to bring their concealed weapons onto public college campuses as long as the firearms are locked away in a vehicle. Duke University, UNC’s rival school just 10 miles away, explicitly prohibits firearms on its private campus.

From Texas to Indiana, lawmakers and students are changing the national conversation on sexual assault to include those who advocate for fewer restrictions on guns on college campuses nationwide.

UNC has faced multiple investigations from the federal government over how the school handled—or mishandled—students’ sexual assault allegations.